Fr. Jerome Weber recently reviewed two recordings of the rarely-written-about Requiem settings of Lassus; we will sample from these powerful works. His review is at the bottom of the play list. 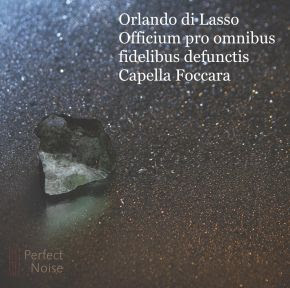 In the manuscript Tonk. Schl. 23, a large choir book from the former Benedictine Abbey St. Ulrich und Afra in Augsburg which is currently housed at the Augsburger Staats- und Stadtbibliothek, musicologist Dr. Tobias Rimek discovered a previously unknown copy of Orlando di Lasso‘s Requiem for four voices [see: Musik in Bayern Bd. 74, 2009. The version found in the Augsburg choir book is not only the oldest, but most certainly the original version of the Requiem, including a setting of the sequence „Dies irae“, which is missing in all of the later transmissions. The original version from Augsburg is a perfect fifth lower than later printed editions of the composition, which puts all four voices of the ensemble into an extremely low register, requiring the following vocal ranges: tenor, baritone, bass und basso profondo. In our rendition (edition: Tobias Rimek) the voices are reinforced with instruments playing colla parte, consistent with performance practice of the period: three sackbuts, bass dulcian and organ magnify the solemn gravity of the composition. Ensemble Capella Foccara, made up of internationally renowned musicians devoted to historically informed performance practice, focusses on lesser-known music from the 16th
to the 18th century, performing primarily works from the regions of Bavaria and Swabia, and from the imperial center Augsburg.
The point of departure for this CD was a convention of the Association for Augsburger Diocesan History, the occasion being the five-hundredth anniversary of the birth of Prince-Bishop Cardinal Otto Truchseß von Waldburg in the preceding year. In order to add an appropriate air of splendour to this commemoration of such an illustrious personality, we reinforced Orlando di Lasso‘s Requiem, originally for four voices, with three sackbuts, bass dulcian and organ. In this magnificent constellation the Augsburg version of the Requiem was recreated on November 21, 2014.

Lassus’ five-part setting of the Requiem is rarely heard; here it is recorded with brass for the first time, the somber colors of the sackbuts further darkening the tone. Interweaving a number of motets, some also receiving first recordings, and a madrigal on death by one of Lassus’ contemporaries in an organ transcription, this innovative recording takes the listener on a spiritual journey, through the darkness of bereavement to the elevation of the Christian soul after death. Girton College Chapel Choir is an international-prize-winning choir of around 28 members, which has grown in prominence over the last ten years, due to its impressive musical standards, regular recordings, and ambitious, exciting touring schedule. One of the main attractions to students is the combination of low time commitment and high musical standards. During Full Term, the Choir’s principal function is to sing the liturgy in Girton’s Chapel. This includes Choral Evensong every Sunday, and Compline (a beautiful, meditative evening service) on alternate Tuesdays. 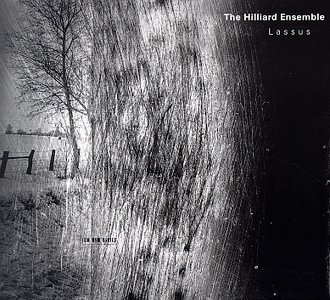 Of the more than 2000 works written by the Franco-Flemsih composer Orlande de Lassus (1532-1594), this benchmark recording by the Hilliard Ensemble encompasses two of his most significant. The plainchant that opens our hearts to the Missa Pro Defunctis provides a level foundation from which to rise slowly into vocal awareness. Like all great polyphonists, Lassus treats the word as flesh, stretching it over the skeleton of a life animated by divine breath. Yet within the godly body beats a heart of silence, and within that silence thrives the core faith through which this music is “visibly” recirculated. It proceeds from, and is written in honor of, the same font. Throughout every moment of the Mass’s conception, we are draped in a veil of obscurity, so that by the Agnus Dei we have shielded ourselves enough to handle a glimpse at the face of our Creator. The closing plainchant not only completes the circle, but spins it like a coin that never stops.

The Prophetiae Sibyllarum is Lassus’s ode to chromaticism, and introduces a unique set of textual and tonal colors that he would never visit again. Unexpected harmonic shifts draw straight lines amid a field of curves. At its densest moments, the Prophecies reach the profundity of Gesualdo, as in the inescapably gorgeous Sybilla Phrygia. These are decidedly secular pieces, constructed as they are around Pagan-influenced texts. Never content in staying in one territory for too long, they are constantly shifting between moods and colors, so that by the end one is left with a fractal of musical effect.

It seems that every new Hilliard Ensemble recording outdoes the last, and this is certainly no exception. Gordon Jones truly stands out here, as he brings a distinct airiness to his lines. The interplay between him and Rogers Covey-Crump in the Graduale of the Mass is astonishing, while David James shines through every turn of the Prophetiae. The music of Lassus would be a puzzle, were it not for the solutions etched upon its surface, as if it were glass and one need only turn it to catch the light the right way to see those inscriptions glowing in a litany of scars across the visage of time. Its meanings are the Alpha and Omega of creation, and duly so for the music created in their name.