You are here: Home / Playlists / What Else is New?

It's been a while since we surveyed recent recordings in the field. This week, music for the 400th anniversary of the death of Gesualdo, funeral services from England, and more!

NOTE: All of the music on this program is from recent releases. 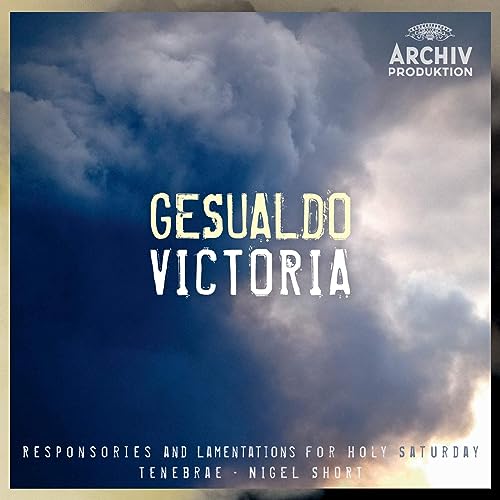 Nicholas Kenyon in The Observer:

Victoria's Responsories for the (now defunct) Holy Week service of Tenebrae are a natural for their eponymous ensemble. Gesualdo's settings are much less familiar, and it's a shock to have his vivid word-painting and the harmonic eccentricities of his madrigals transferred to this form. Tenebrae's faultless control and balance bring the sacred texts to life, including some wild modulations and sudden side-slips. They're followed by Victoria's own settings for the day before Easter, which in their powerful serenity and depth I find rather more compelling. The  16 singers of Tenebrae under Nigel Short's direction shine in the darkness. 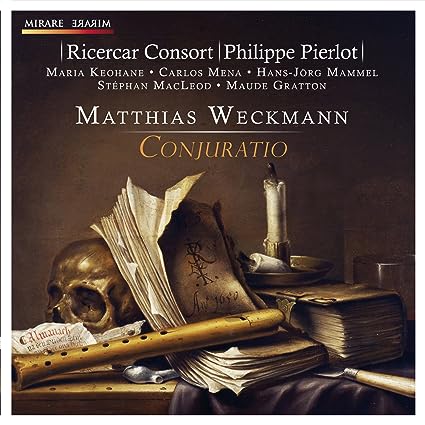 From Amazon.com: This is a fabulous selection of the music of Matthias Weckmann, one of the finest composers of the German baroque. A distinctive feature of this programme is the series of three cantatas he wrote in response to the devastating plague that struck the great city of Hamburg in 1663, claiming the lives of many thousands of people - including some of Weckmann's friends as well as musical colleagues, such as church cantor Thomas Selle and the great organist Heinrich Scheidemann. Some say Weckmann's first wife also died then, but this is not borne out by other accounts which indicate that she died from another illness two years later.
The opening item, the cantata 'Weine nicht, es hat überwunden', is not one of the above-mentioned series but was written a year earlier in response to a different and more amusing event; this is explained in the excellent booklet notes, so I won't spoil the story here. In any case it is a masterpiece, a profoundly expressive work beautifully performed here by countertenor, tenor and bass with superb instrumental accompaniment in their own equally powerful and compelling music; countertenor Carlos Mena's agile and expressive performance here is especially fine. Then follow the three tragic works marking the Hamburg plague, 'Zion spricht', 'Herr, wenn ich nur dich habe' and 'Wie liegt die Stadt so wüste'. The latter in particular, its biblical title (How desolate lies the city that was full of people) strikingly appropriate to the occasion, will be familiar to many baroque enthusiasts, having featured in several other very fine recordings such as those under Reinhard Goebel and Konrad Junghänel. The present performance is fully the equal of these others, with the beautifully matched voices of soprano Maria Keohane and bass Stephan MacLeod capturing the work's spirit to perfection; the same applies to the players of the Ricercar Consort, including the sensitive organ accompaniment of Maude Gratton.

The vocal works are interspersed with a few of Weckmann's organ pieces - a timely reminder that he was one of the supreme keyboard masters of the German baroque. The opening phrases of the eloquent Praeambulum Primi Toni bring a striking change of mood amid these cantatas of unhappy times, and this and the other organ works are finely performed by Maude Gratton on the splendid Arp Schnitger organ at Steinkirchen. The solo bass cantata ''Kommet her zu mir', less miserable in mood than the previous ones, benefits from an extremely sensitive performance by Stephan MacLeod of a deeply touching text with lots of word-painting, and it also contains especially fascinating and original instrumental passages. The last of the vocal works, the 4-voice cantata 'Wenn der Herr die Gefangenen zu Zion', is another masterpiece covering a wide emotional range including captivity, dreams, laughter, misery and joy; mention of four voices prompts me to note that I haven't yet referred to the stylish and experienced tenor Hans-Jörg Mammel; suffice to say that he is every bit as good as the others. The last word then goes to the organ, with Weckmann's splendidly eloquent Magnificat Secundi Toni bringing the programme to a rousing conclusion.

Among the great assets of this CD, then, is firstly the extraordinary quality of Weckmann's music. As a result of a number of excellent recordings, Matthias Weckmann has been emerging in recent years as one of the great masters of the German baroque. Outstanding qualities evident in the music of the present CD are its sheer expressiveness, the strength, vividness and flexibility of the composer's emotional response to the texts; and the integration of vocal and instrumental parts which, together with the cantatas of Buxtehude, clearly foreshadow the work of J.S. Bach. In addition, the quality of these performances is quite outstanding, making it one of the very best Weckmann discs yet to appear; it's a beautifully organised and varied programme, and the singers, together with the highly skilled and experienced period-instrument players of the Ricercar Consort, do a great job under the inspired direction of Philippe Pierlot. The booklet notes are exceptionally good - a real lesson in biography, history and background which significantly enhances our appreciation of the music. 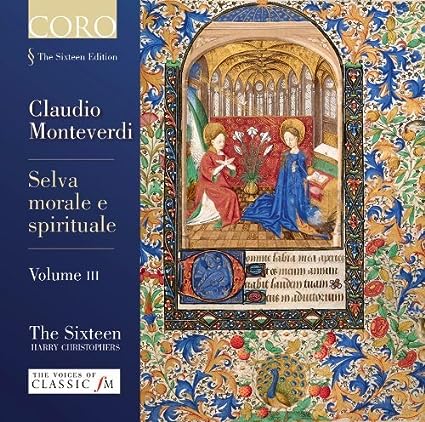 Without doubt, Monteverdi was the greatest of the early baroque European composers. He revolutionised the music of the theatre and the church by his dramatic and imaginative use of voices and instruments and by his daring harmonies and rhythms. Next to his Vespers of 1610, the Selva morale e spirituale of 1641 is his most significant and virtuosic collection of sacred music. Monteverdi stretches every singer’s versatility to the limit in this demanding but exhilarating music. Included on this final volume are the eight part Magnificat (Primo) - one of the most impressive of all Monteverdi’s settings with the added richness of doubling strings; the old style Credidi and Memento featuring the full choir; and the exquisitely beautiful soprano solo, Pianto della Madonna ‘Iam moriar, mi fili’, performed here by Grace Davidson.