You are here: Home / Playlists / Constantinople

After this group was featured on a recent program, we have such a positive reaction that this week we look in depth at this remarkable Canadian ensemble.

NOTE: All of the music on this program is from the Ensemble Constantinople. To learn more about this Canadian group, you may explore: http://constantinople.ca 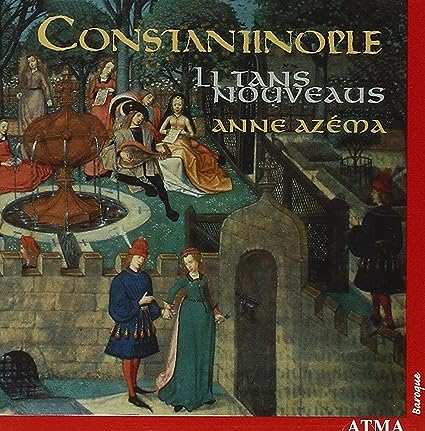 The present recording proposes a repertoire of songs whose poetry and music are the work of troubadours and trouvères active in 12th- and 13th-century France. These pieces constitute in fact the first mediaeval surviving examples of song written in the vernacular. Here again is the Ensemble Constantinople, whose colourful instrumentation is graced by the presence of the soprano Anne Azéma, celebrated for her performances of mediaeval works: 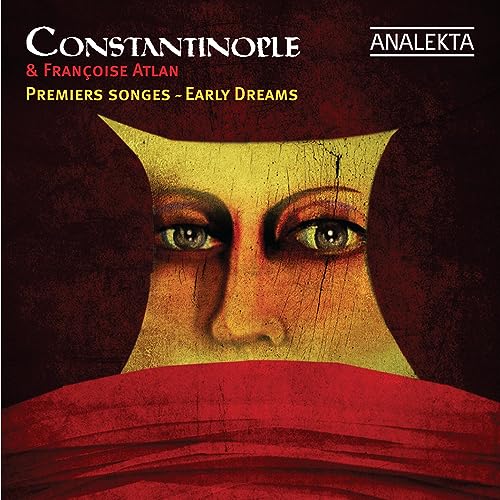 The Early Dreams project represents both a return to the source and a rebirth for Constantinople. It is the start of a new cycle.

The group was born ten years ago around a meeting of the sonorous, musical and cultural worlds of two instruments—the setar and the European lute—the first, monodic and drawing melodic contours around the latter’s bass lines and harmonic patterns. This dialogue was complemented by the virtuoso percussion work of Ziya Tabassian and the rich sound of the viola da gamba, which can take on the roles of both bass instrument and solo voice. Since its inception, the ensemble has travelled the world to explore new projects arising out of unique musical encounters between old manuscripts and living musical traditions. Driven by a constant desire to renew itself through creation, the group’s projects draw from existing material while leaving room for informed improvisation.
This new cycle begins with Early Dreams, in which the setar, the Baroque guitar, percussion instruments and the viola da gamba mingle with the voice of our long-time collaborator Françoise Atlan over the ostinato bass lines of Spanish and Mexican diferencias from the Baroque era. We used these bass lines, drawn primarily from the works of Lucas Ruis de Ribayaz (c.1626–c.1667) and Santiago de Murcia (c.1682–c.1740), two Spanish instrumentalists and composers whose works were widely played in 17th- and 18th-century Mexico, as a starting point to recreate both instrumental and vocal works.

As part of this re-creation process, we immersed ourselves in the cultural essence of this promising New World and went to the heart of Baroque-era Mexico in search of what had fashioned the spirit of composers from the period: the fabric of the music, some written works, the grandeur of its cathedrals, and the treasures of its libraries.