You are here: Home / Playlists / Laude: Joy and Mystery

A recent exhibit at the Getty Museum in Los Angeles featured the reconstruction of the beautiful Laudario of the Compagnia di Sant'Agnese, inspiring this new release by the ensemble Lionheart.

NOTE: All of the music on this program is from the recording Laude: Joy and Mystery featuring the ensemble Lionheart. It is on the Entertainment One label and is CD EOM-CD-7789. For more information:

Following five critically-acclaimed and immensely popular recordings for AVIE, The Brook Street Band embark on their most ambitious project to date: a recording with the estimable student Choir of The Queen’s College, Oxford, that pairs for the first time ever the two settings of the Dixit Dominus written by Alessandro Scarlatti and George Frideric Handel. Both works date from early 18th century Rome, Handel’s within a year of his arriving in the musical capital, and possibly influenced by Scarlatti’s work, though the date of the elder Italian’s composition is not precisely known. Indeed it has been suggested that the 22-year-old Lutheran was attempting to outdo Scarlatti with his masterly grasp of large-scale sacred music for the Roman rite. In between these two grand Vespers, The Brook Street Band serve up a palette cleanser of an instrumental concerto in G minor by Scarlatti. 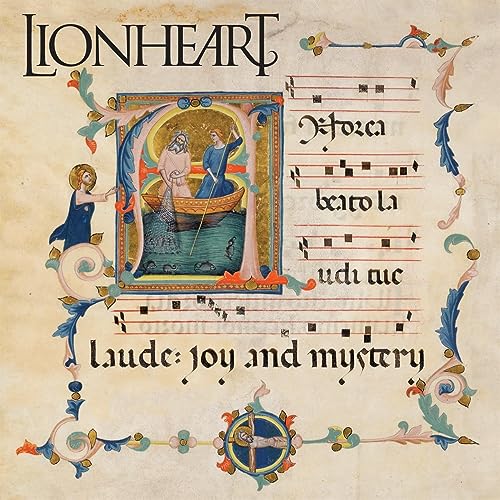 Laudiamo Yhesu e la sua sancta madre
Lo humele Franscisco nostro devoto padre.
"Let us praise Jesus and his holy mother,"
Thus humble Francis our devoted father.
Saint Francis of Assisi was born to wealthy parents in 1182. As a young man he renounced worldly riches
and embraced poverty, devoting himself to God and the poor through prayer, humility, charity and
penance. His preaching and ascetic example provoked many to become his followers, and by the time he
died in 1226 these numbered in tens of thousands. The spiritual movement he initiated continued to grow
in the following years, and is still very much alive today.
Francis and his followers may have denied themselves many things, but they indulged heartily in artistic
pleasures, especially music and poetry. Franciscan concepts of humility, devotion, and above all joy find
perfect expression in the medieval Italian tradition of the lauda, or song of praise. Laymen in cities and
towns all over Italy organized performances of laude as part of town and church celebrations throughout
the year. Taking part in the singing of laude, and giving financial support to singing societies (called
laudesi) became an important part of social life. Following the exhortation of St. Francis to "praise Jesus
and his holy mother," the laudesi produced hundreds of songs addressed to Jesus, and hundreds more
dedicated to the Virgin Mary. The most remarkable theme running through all the poetic texts of these
laude is that of passionate, personal love, and a burning, all-consuming desire: the love of Christ for his
people, the love of the faithful soul for Jesus, and an overwhelming, sometimes ecstatic devotion to Mary
his mother. Of the laude that celebrate particular feasts of the Church year, many of the most joyous are
for Christmas. The earliest surviving collection of laude is known as "Il laudario di Cortona" (The lauda-
book of Cortona). Produced sometime between 1250 and 1300, this manuscript represents the earliest
recoverable layer of a laude tradition that continues through the centuries, into the Renaissance, even into
the nineteenth and twentieth centuries (modern examples of the form include Respighis Laud to the
Nativity and Gesu Bambino by the Italian-born New Yorker Pietro Yon). The music and poetry of the
Cortona manuscript exhibit a freshness and spontaneity in common with the best of the worlds folk
music.
The most difficult aspect of deciphering the musical notation of this source is that it gives only the pitches
of the melody, and not the rhythm. Lionhearts performance of these pieces is based on original
transcriptions which make use of rhythmic patterns and a general rhythmic approach that we know from
later Italian music, as well as French and English music of about the same time. This produces lively and
elegant phrases that may not be exactly those of the thirteenth century Cortona laudesi, but the listener
may judge whether they capture convincingly the spirit of that age.
As the lauda developed in the following centuries, it incorporated new ideas of harmony, counterpoint,
and form. Laude began to be written in two parts, then three, four, and more. Manuscripts from Venice,
Bologna, Florence, and Trier serve as sources of fourteenth and fifteenth century polyphonic laude for
this program. All the music in these collections is handed down anonymously.
Finally in the sixteenth century laude began to appear with the names of composers (and poets) attached.
The only surviving music of composer Innocentius Dammonis, a monk of the Congregation of San
Salvatore in Venice, was published in 1508 by Ottaviano Petrucci, as "Laude Libro Primo" (The first
book of Laude). This was indeed the first printing of laude musical texts, as Petrucci was the first to
publish typeset music (as opposed to manuscript copies).
Finally, the three liturgical dramas come from thirteenth century manuscripts from the church in Padua.
These books contain words, music, and rubrics (stage directions) for liturgical dramas produced on major
feasts throughout the year. Liturgical drama grew out of the liturgy in the middle ages as a way to present
the stories of Christs birth, death, and resurrection "in the flesh." No realistic imitation of the persons or
events is intended, rather, a picture is made to be held in the memory, like an image in stained glass.