NOTE: All of the music on this program is dedicated to John Guillory, a frequent guest on the program in the early years. His specialty (aside from physics) was the resonance between early music forms and modern interpretation in a series he created and from which we take this week's title.

From the Washington Post: John U. Guillory Jr., an expert in plasma physics research who helped develop the graduate program at George Mason University’s Institute for Computational Sciences and Informatics, died July 28 at his home in Fairfax County. He was 73.
Dr. Guillory became an authority on the study of ion and electron beams, a field with applications in astrophysics.He taught physics at the University of Maryland from 1975 to 1979 and then became deputy director of the Virginia office of Jaycor, a high-tech company based in San Diego. He later consulted for the Naval Research Laboratory, among other organizations, before joining the George Mason faculty in 1993. He retired in 2008.
John Ural Guillory Jr. was a native of Harrisburg, Pa., and a 1962 physics graduate of Rice University in Houston. He received a doctorate in physics from the University of California at Berkeley in 1971.
In the early 1970s, he helped start Musica Antiqua, an ensemble that performed music of the Renaissance and Middle Ages. He was a director, producer and performer with the group until 1999.
He was a past president of the Washington Early Music Society, and he had a collection of replicas of medieval and Renaissance musical instruments. He performed with the Story Minstrels, a quartet of musicians who visit schools to present period stories and music.He wrote more than 100 physics publications, more than 30 musical compositions and 20 scholarly works on the history of music, according to the publication Physics Today. 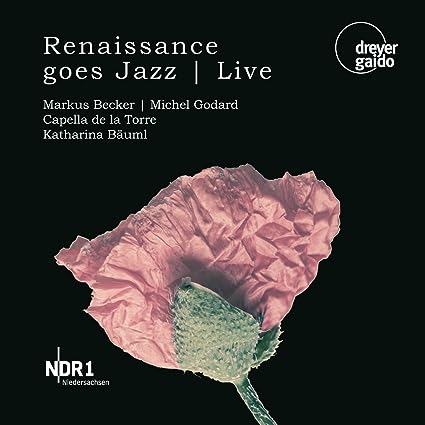 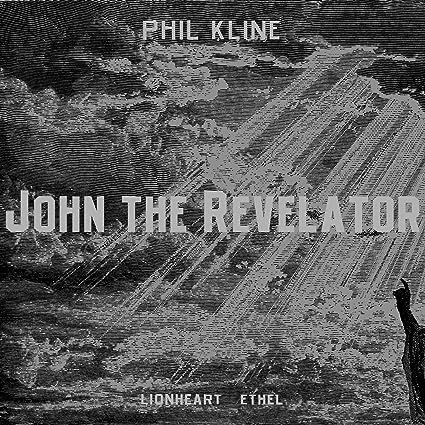 PHIL KLINE: John the Revelator: A Mass for Six Voices.   from AllMusic.com:
Phil Kline takes the title of his mass, John the Revelator, from the 1930 call and response gospel song by Blind Willie Johnson. The reference to the Revelation of St. John is a clue that this will be a dark, apocalyptic work, reinforced by the dismally grim woodcuts by Gustave Doré on the album's cover and throughout the booklet. For all its genuinely foreboding thematic and textual references, though, the mass is ultimately an affirmation offering the hope of redemption. The mass is beautifully structured. It opens and closes with two inventively harmonized classic American hymn tunes from the Sacred Harp collection, Northpoint and Wondrous Love. Kline sets the texts of the Mass Ordinary (the sections that remain the same at every mass) for six a cappella voices, and for the Propers (the sections that change from week to week), the voices are accompanied by string quartet and sometimes organ. The texts for the Propers are not the conventional liturgical ones, but come from the writings of Samuel Beckett, David Shapiro, and the Lamentations of Jeremiah.
Kline brings an exceptionally supple imagination to the texts, and each of its 16 movements is unabashedly expressive and inventively crafted. The Credo is essentially a very long list of beliefs, and because of its length and structure, usually the most challenging section to set. Kline's unconventional handling of it is an example of his ingenuity and inspiration. Rather than resorting to the most obvious option of creating musical interest through variety and contrast, he underlies the entire movement with a drone, a pitch that remains unchanging but is part of slowly shifting harmonies, and a steady rhythmic pulsing. The drone and pulse create musical tension simply by their inexorability, and by very gradually increasing the density of the harmonies of the vocal parts, Kline builds to a climax of astonishing intensity.
Kline's harmonic language is eclectic, ranging from the extended use of unison singing to chords of daunting complexity. What is consistent throughout is the emotional directness and expressiveness of his writing. While it's difficult to imagine the piece being used liturgically, Kline's is easily one of the most moving and engaging mass settings in recent memory. The groups for whom it was written perform it with intense commitment and breathtaking assurance. The male vocal sextet Lionheart specializes in early music, but handles the harmonic and rhythmic challenges of the piece with apparent ease, always singing with exceptionally clear and sweet tone, and the string quartet Ethel plays with passion and understanding. The album is beautifully engineered, with terrific presence and warmth. Strongly recommended for fans of new music. 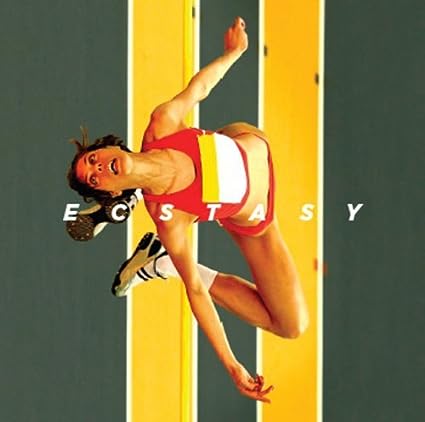 DÚLRA’s debut album for Heresy features a scintillating selection of rarely heard and newly discovered Geantraí, Irish songs of joy and rapture. True to its name, Ecstasy, explores the diverse shades of happiness from exuberant full-throttle songs such as A Stór, a Stór and Spellsong to the most personal and intimate expressions of love and passion Sín Síos Suas Liom and Ceann Dubh Dílis. DÚLRA’s combination of ancient Irish mythic sounds and contemporary, early and world music fusions make Ecstasy a unique and fresh musical experience. 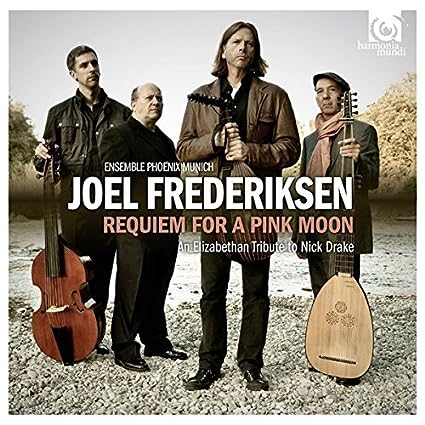 Joel Frederiksen and his musicians have gone back in time all the way to . . . 1974. That was the year of the death, aged 26, of the British singer-songwriter Nick Drake, who was to achieve fame only posthumously. In 1972 he released his finest album, 'Pink Moon', which became legendary at the end of the ’70s and is here revisited in the style of a promenade through the Elizabethan era. A decidedly offbeat musical project that will surely intrigue fans of both Nick and Joel...

"I was deeply affected by Nick Drake’s music from the moment I first heard it, in 1982, just eight years after his death. The union of the plaintive voice, the intricate guitar accompaniments, and the moving lyrics in songs like Time has told me spoke to me. From the recordings I learned to play some songs, performing them from time to time with my guitar... The idea for 'Requiem for a Pink Moon' had to wait a good long time. Once in a while, when I did find a guitar in my hands, I played 'Time has told me', and noticed how people responded to Nick’s music. Then, very surprisingly, in 2000 I heard the song 'Pink Moon' in a movie theater as part of a Volkswagen ad, and was struck again by Nick’s particular art. It is an art filled with melancholy, a feeling and a concept uniting him with the singersongwriters of the Elizabethan age. I kept running into people of all ages who knew about Nick and eventually had the idea of a Requiem. The idea of juxtaposing old and new appealed to me. I decided that I would perform portions of the Gregorian Requiem Mass (the Mass for the dead) alongside Nick’s songs arranged for early instruments... Rest in peace, Nick, and thank you for the beautiful music." Joel Frederiksen

Nicholas Rodney Drake was born on 19 June 1948. Principally influenced by Bob Dylan and the bluesman Josh White (the emblem of US protest song), he developed a very personal style blending British folk traditions and Black American blues. He was spotted by young American producer, Joe Boyd, who signed him to his label Witchseason (licensed to Island Records). He was soon regarded as a highly gifted songwriter. However, none of his three albums: 'Five Leaves Left' (1969), 'Bryter Layter' (1970) and 'Pink Moon' (1972), was a commercial success. The same was true of his concerts, with the result that he gradually stopped appearing in public. Nick Drake’s fragile health was further undermined by his addiction. He died prematurely of an overdose on 25 November 1974. It was only several years after his death that he gradually came to be seen as an icon of the musical counterculture of the '70s with a Rimbaud-like aura as a poète maudit. His music was rediscovered in the early 1980s when groups such as R.E.M. and The Cure cited him as a key influence.

A tribute to one of the greatest singer/songwriters of the past 50 years, a requiem to Nick Drake (1948-74), composed by Joel Frederiksen. Drake´s visionary songs speak to the human condition with titles such as “Which will you go for?”, “From the morning”, and “Time has told me”. Under fine melodic lines is a rhythmically driving guitar part which Frederiksen has orchestrated for Renaissance instruments. Parts of the plainsong Requiem Mass interweave with Drake’s finely crafted songs and songs of master songwriters from the Renaissance, all arranged and adapted by Joel Frederiksen, to form one piece in remembrance of this modern day “Thomas Campion”.
1. Road
2. Requeim aeternam
3. Pink Moon
4. Horn
5. His golden locks, verses 1 & 2 (Dowland)
6. Place to be
7. His golden locks, verse 3 (Dowland)
8. Wand'ring in this place (Cavendish)
9. Which will
10. Rest awhile, you cruel cares (Dowland)
11. Rider on the wheel
12. Time stands still (Dowland)
13. Time has told me
14. Ocean (Joel Frederiksen)
15. Hanging on a star
16. Never weather-beaten sail (Campion)
17. Horn (reprise in F)
18. Requiem in F (Horn)
19. Voice from the mountain
20. Northern sky
21. Harvest breed
22. Come, heavy sleep (Dowland)
23. From the morning
24. Requiem II 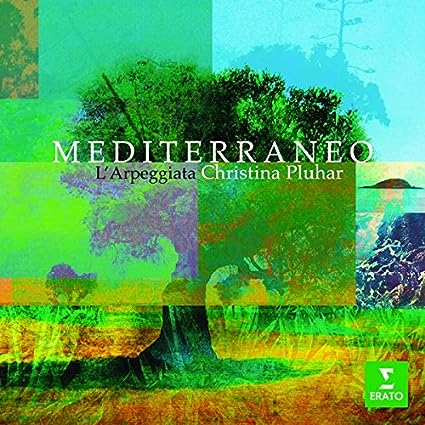 From Amazon.com:
Christina Pluhar and l'Arpeggiata invite you on a musical cruise that will take you from Portugal to Turkey, following the coasts of Spain, Catalonia, Greece, and Italy, caressed by the rocking of the waves and the captivating dialogue between traditional plucked instruments of the Mediterranean region the qanun, saz, Greek lyre and lavta, the oud and Portuguese guitar and the Baroque strings of l'Arpeggiata.

Mediterraneo is truly a musical exploration of the Mediterranean Sea. The recording features the fabulous voices of Mísia, Nuria Rial, Vincenzo Capezzuto, Raquel Andueza and Aikaterini Papadopoulou who perform traditional tarantellas, sung in Greek. These folk pieces were a custom in the Baroque era in the Greek-Albanian villages of Calabria. Join Christina Pluhar on this unique musical odyssey. 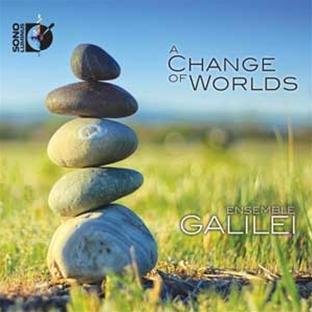