One of our most loyal and supportive Millennium fans was a student of this great teacher/conductor: this week, some of the classic recordings by the Capella Cordina.

Preservation of this program is made possible by a generous grant from Frank Block, Jr.

From the official biography at UC Santa Barbara: Alejandro Enrique Planchart is Emeritus Professor of Music at the University of California. He was born in Caracas in 1935 and pursued studies in piano, philosophy, and literature in his native city. Later he studied composition, piano, and harpsichord at Yale University (B.Mus. 1958, M.Mus. 1960). After four years working as a composer, conductor, and arranger in New York and New Haven, he entered Harvard to study music history (Ph.D. 1971) while continuing his work as a composer and conductor. In 1963 he founded an early music ensemble, Cappella Cordina. This ensemble became the de facto collegium musicum at Yale for about twelve years and later one of the ensembles of the collegium musicum at UCSB, which remained in operation until 2002. He taught music theory and history at Yale (1967-75) and the University of Victoria (1975-76). He was visiting professor at Brandeis (1982-83) and Harvard (1989-90). From 1976 to his retirement in 2002 he was in the faculty at UC Santa Barbara, where he taught music history (middle ages, classical era, 20th century), and occasionally counterpoint and composition in the music department and Latin paleography in the history department. In addition he conducted the combined collegia at UC Santa Barbara, which included a medieval ensemble, a motet choir, and a Baroque and Classical orchestra, which gave a combined total of six or seven different programs each year covering a repertory that went from pre-Gregorian chant to the music of Haydn and Mozart. He was also an occasional performer and conductor in concerts of the Ensemble for Contemporary Music. He has lectured widely in the United States, Europe, and Latin America and published over a hundred works including symphonies, songs, solo and chamber music, articles and books on Latin plainsong, the music of Guillaume Du Fay and other Renaissance topics, as well as Latin American music and aspects of 20th century music. With the Cappella Cordina he issued a pioneering series of recordings of medieval and Renaissance music. He received a Morse Faculty Fellowship from Yale University in 1973 and was a Guggenheim fellow in 1987-88. His book The Repertory of Tropes at Winchesterwon the Gustave Arlt award in the Humanities from the Council of Graduate Schools in the United States in 1979. In 2006 he received the Howard M. Brown Award from Early Music America for lifetime contribution to the field of early music, and in 2009 he received the Arion Prize from the Cambridge Society for Early Music for his work on Guillaume Du Fay.

In 2013 he was awarded the medal of the city of Tours (Loire) and the Centre d’Etudes Superieurs de la Renaissance, for his work in the performance and history of French music of the Renaissance.

We would like to acknowledge the generous help and support of Frank Block, Jr. for this program; and for their work on Du Fay, Fred Bashour and Fr. Jerome F. Weber. 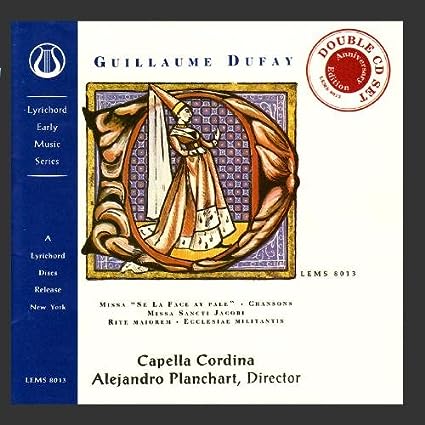 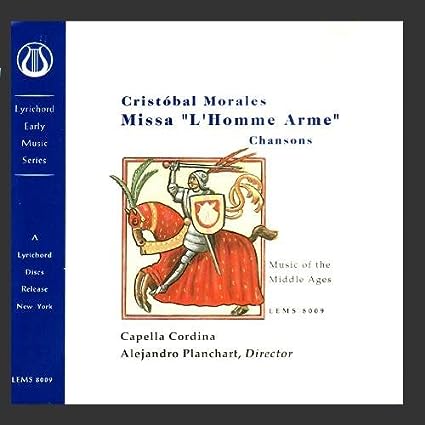