You are here: Home / Playlists / Christmas with the Shepherds

The latest from Rory McCleery and the Marian Consort gives us the famous shepherd motet by Jean Mouton and its impact in the 16th century. 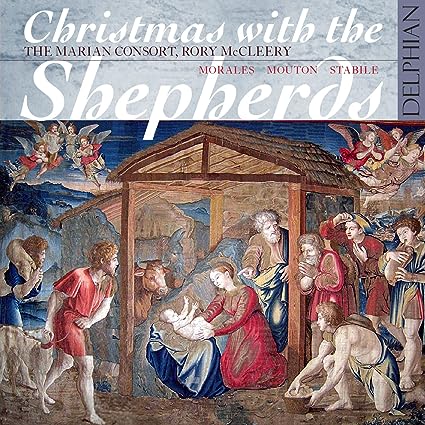 A Christmas programme with a difference: Rory McCleery and his acclaimed consort echo the shepherds’ noels through a motet by Jean Mouton which, astonishingly, remained in the repertoire of the Sistine Chapel for over 100 years after its composition around 1515. So famous already by the middle of the century, when Cristóbal de Morales was engaged as a singer in the papal chapel, that Mouton’s motet would form the basis for a mass by Morales; and, later still, a new motet to the same text by Annibale Stabile. A world premiere recording of the latter work crowns this unique programme, drawn from new performing editions by McCleery himself. Taking its name from the Blessed Virgin Mary, a focus of religious devotion in the sacred music of all ages, The Marian Consort is a young, dynamic and internationally-renowned early music vocal ensemble, recognised for its freshness of approach and innovative presentation of a broad range of repertoire. Under its founder and director, Rory McCleery, this ‘astounding’ (The Herald) ensemble has given concerts throughout the UK and Europe, features regularly on BBC Radio 3, and is a former ‘Young Artist’ of The Brighton Early Music Festival. 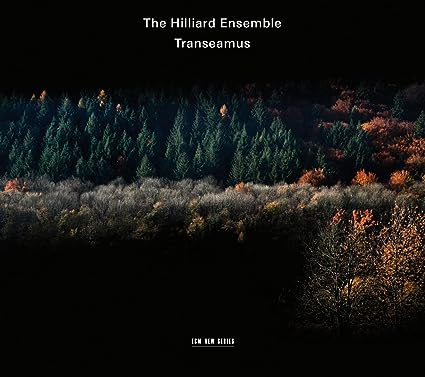 Having recorded more than 20 albums for ECM since the mid-’80s, the Hilliard Ensemble caps its sublime discography before retirement with a final release: Transeamus: English Carols and Motets, a collection of polyphony – in two, three and four parts – from the 15th-century. The album’s main title translates as “we travel on,” fitting as a nod of goodbye from one of the most venturesome and beloved of classical vocal groups. Also fitting is the fact that this British vocal quartet’s very first recording included music from the court of Henry VIII, so Transeamus brings their odyssey through the ages full circle. The album includes many of the group’s favorite pieces from this era, including previously unrecorded items from its concert programs by the likes of John Plummer, Walter Lambe and William Cornysh. More of the album’s works are by composers rendered anonymous by time, yet all of this music is rich with enduring personality.

Hilliard Ensemble countertenor David James writes in his album note: “The sweet harmonies might appear uncomplicated, but this transparency of sound creates a cumulative effect that is mesmerizing. The album ends with ‘Ah gentle Jesu.’ We know the composer’s name, Sheryngham, but virtually nothing else. On paper, it is a simple dialogue between Christ on the cross and a penitent sinner; however, the intensity of the music is so overwhelming that, from our experience in concert, both listener and performer are left in stunned silence.” Transeamus includes several ancient carols on a Christmas theme, including ‘Marvel Not Joseph’, ‘Ah! My Dear Son’ and ‘There Is No Rose’. But the lyrical matter varies through the album. Hilliard baritone Gordon Jones explains: “The subject of the carol at this time is mixed, but it’s usually Christmas, the Virgin Mary and the Saints. The type of carol represented on this album is a sacred – but probably non-liturgical – piece in Latin and/or English.