NOTE: All of the music on these three programs came from the boxed sets featuring: La Capella Reial de Catalunya and Hespèrion XXI directed by Jordi Savall The recordings are on Alia Vox and the U.S. distributor is Harmonia Mundi USA. 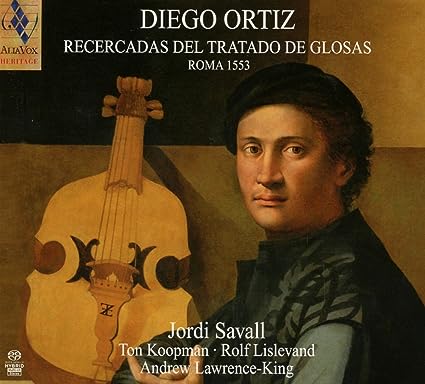 On 10th December, 1553, at one of the highpoints in the Golden Age of Spanish music, there appeared in Rome the TRATTADO DE GLOSAS SOBRE CLAUSULAS Y OTROS GENEROS DE PUNTOS EN LA MUSICA DE VIOLONES NUEVAMENTE PUESTOS EN LUZ by Diego Ortiz, who was also known under the name “el Toledano”. An inevitable reference point for the study of instrumental performance practice in the 16th century, this work is of exceptional interest, both for its purely historical significance and for its artistic value, since it contains the finest examples of the known repertoire for viola da gamba (vihuela de arco or violone) and harpsichord in the Renaissance period.

We know little today about the life of the Spanish viol player and composer Diego Ortiz. The first signs of his existence occur at the same time as the publication in Rome of the Trattado de Glosas (1553). The extent of knowledge required for the compilation of such a work leads us to think that it was composed when Ortiz was already in his maturity. It was composed – or revised, which seems to be the implication of the indication that the treatise was “nuevamente puestos en luz” (newly published), in the year 1553. By the time that he left his native country, Diego Ortiz had already completed his musical education. This is shown by the clear pioneering nature of his treatise from the strict point of view of musical style. A comparison with Sylvestro Ganassi's Regola rubertina (Venice, 1542-43), a treatise printed ten years before that of Ortiz and specifically dedicated to a study of viol technique, as well as the underniably Hispanic character of the work by Diego Ortiz, supports the hypothesis that Ortiz had already completed his musical education when he left his native country. However, despite recent research in his native town, we still do not know the exact date of his birth or the place where he received his musical education or even what he did before he undertook his journey to Italy. 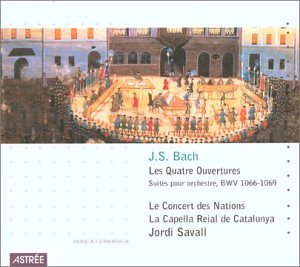 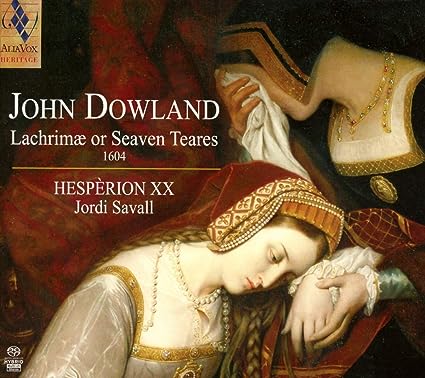 John Dowland was no less famous for his misfortunes than for his works. This subtle, elusive and strangely-behaved character led rather an adventurous life. Hailed as an Anglorum Orpheus (or “Orpheus of the English”) of almost divine powers, he inspired more comments and praise than most great musicians of his generation. To comply with legend, we were to associate him only with tears, sleep and gloom, in the gallery of Shakespearian heroes he could be placed somewhere between Hamlet and Jaques in As You like It. Although the legend may be partly based on truth, the musician himself contributed a great deal to it in his various writings; these are the confessions of a man full of dissonances, at once vulnerable and ambitious, ingenuous and haughty – an egocentric ever at odds with a world by which he felt himself rejected. Yet the dismal accents and sombre colours we readily associate with Dowland’s music may be less characteristic of his art than they are of a period which had been deeply shaken in its political security, religious faith and scientific beliefs. The man of the time, confronted with his duality as a terrestrial creature yearning for Eternity, was beset by doubts and dismay. It was such feelings that gave rise to what is sometimes called “17th century melancholy”. At the end of Elizabeth’s reign and through the Jacobean period, England, more than any other nation, was affected by this morbid wave: melancholy became the object of a new cult, to which the philosopher, the lover and the poet devoted themselves passionately... The common herd regarded it only as a precious convention, fit to be lampooned in the satires of the day; for sensitive souls, however, it proved to be one of the most fruitful sources of inspiration in a period that shone with the unique brilliance of Donne, Hilliard and Weelkes.

Such was the climate surrounding Dowland’s emblematic work, the Lachrimæ. In the manner of those Elizabethan painters who pictured the exemplary history of their model in simultaneous scenes, Dowland here gave the ideally condensed vision of his musical universe. Indeed the Lachrimæ collection does not belie the elegiac portrait of the composer; page after page it adds finishing touches to it, and also makes it more amiable since, as Dowland says in his preface, “though the title doth promise teares unfit guests in these ioyfull times, yet no doubt pleasant are the teares which Musicke weepes, neither are teares shed always in sorrow, but some time in ioy and gladness.”