You are here: Home / Playlists / Miracles of Sant’Iago

To view more of our classic shows (from and earlier), click here.

NOTE: All of the music on this program is from the Anonymous 4 recording Miracles of Sant’Iago. It is on the Harmonia Mundi label and is CD 907156.

Preservation of this program is made possible by a generous grant from Sharon Burillo. 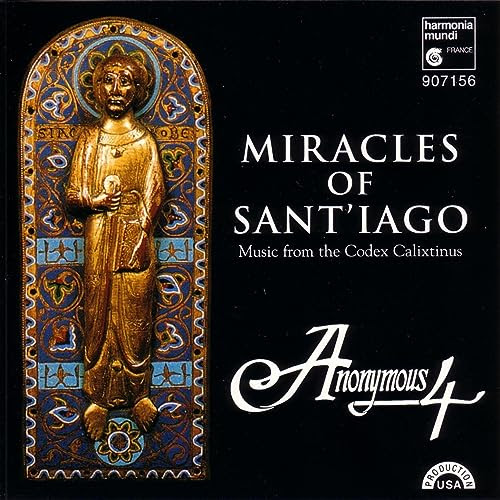 Note: The contact information in this episode may be out-of-date now.

Your gift will enable a fellow music lover to enjoy our Millennium of Music archives.

Save a classic Millennium of Music show and share it with the world.