You are here: Home / Playlists / Notre Dame and Limoges

Two recent releases feature the choir of Notre Dame, creating music associated with the great cathedral since the fire; plus late medieval chant from Limoges and Northern European capitals. 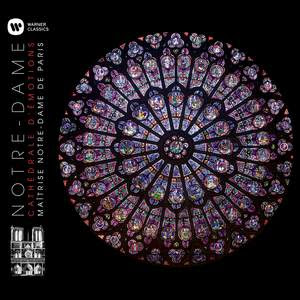 The world is looking forward to seeing Paris’s Notre-Dame restored to its familiar physical glory. In the meantime, the musical joys of the great cathedral can be experienced with the singers of its choir school, Maîtrise Notre-Dame de Paris. Backed by more than 800 years of choral tradition, the Maîtrise offers training and performance opportunities to talented children, teenagers and adults. On Cathédrale d’émotions they and the professional singers of the Ensemble vocal de Notre-Dame de Paris perform music that spans the entire history of the cathedral, including works premiered at Notre-Dame in the 21st century.
Morten Lauridsen (b. 1943) 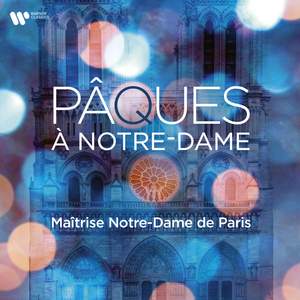 Pâques à Notre-Dame is an album of choral music for Easter, performed by members of the Maîtrise Notre-Dame de Paris, which offers training and performance opportunities to talented children, teenagers and adults. Spanning six centuries and the musical cultures of France, Italy and Germany, the album includes the last polyphonic work to be performed at Notre-Dame before fire devastated the great cathedral amidst preparations for Easter in 2019. The conductor is Henri Chalet, director of the Maîtrise, and the organist is Yves Castagnet, who also composed three of the works on the programme, recorded in the basilica of Sainte-Clotilde, another major church in Paris. As Henri Chalet says: “We know that Notre-Dame will rise again.” 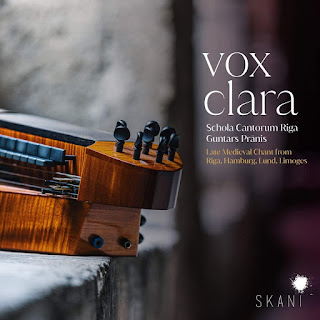 From Planet Hugill: The Schola Cantorum Riga was founded over twenty year ago, exploring Gregorian chant and other early music repertoires from the oldest manuscripts as well as performing contemporary composers such as Rihards Dubra. The group was founded by Guntars Prānis, who is still artistic director, and Pranis' research interests include the sacred music tradition of Riga in the context of various local practices and this feeds into the group's latest disc. Vox Clara on the Skani label features Schola Cantorum Riga and Guntars Prānis in late medieval chant from Riga, Hamburg, Lund (in Southern Sweden) and Limoges. The group is joined by Ansis Klucis (percussion), Ieva Nimane (recorders, bagpipes, kokle - a Latvian plucked string instrument belonging to the box zither family) whilst Pranis plays the hurdy gurdy.

The music comes from a 5th century Liber Hymnarius, a 12th century antiphonary from the Monastery of St Maur-des-Fosses, the 12th century Codex Saint Martial de Limoges, the 13th century Fontevrault Gradual (Limoges), the 14th century Hamburg Antiphonary, 14th century Codex di Perugia, 14th century Codex Engelburg, the 15th century Missale Rigense, and the Liber Scole Virginis, a medieval collection of Marian music in Lund. A wide variety of sources, but the focus is on the Northern Medieval cities of Hamburg, Riga and Lund, interwoven with some of the rich tradition of early polyphony from Limoges.

But these are no ordinary performances, as the line-up for the disc suggests. The performers are interested in the interweaving of the sacred with the local musical traditions, something that probably happened rather a lot. And they take the written manuscripts simply as the starting point. The use of hurdy-gurdy and bagpipes are documented in Latvian traditional music, and some of the performances include these as well as the early Latvian language and elements of Latvian traditional singing. The idea being to create a programme as it might have sounded in Medieval Riga. In his booklet note, Pranis points out that whilst the chant melodies would have been common to different establishments, each centre would have had its own way of singing them. A manuscript can only take us so far. 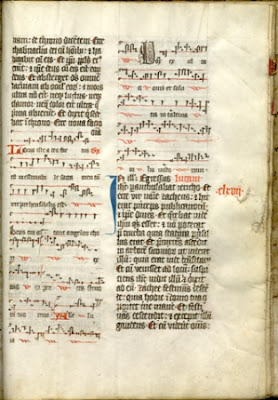 The 14th century Missale Rigense, now in the Academic Library of the University of Latvia

The chant on the disc is varied, certainly not a liturgical reconstruction, but a thread running through it is the theme of Christmas. There are two paraliturgical pieces, a Florentine lauda from the 14th century and a 15th century Sephardic song from Spain, but the sense of the wider musical landscape imbues many of the liturgical pieces. Some are sung quite straight, whilst other have a lively accompaniment from the drone of the hurdy-gurdy to percussion and more. The use of instruments in medieval music is a difficult one, we know it happened and we know the church authorities did not approve, and many commentators cite the repeated church decrees forbidding instruments as a demonstration that is continued to happen if the church needed to continue to legislate against it!

There is no 'one size fits all', the music moves freely between the colourful Medieval song of Res est admirabilis (a conductus from Limoges), sung with a nice swing, drone and drum, to the more sober early polyphony of Vox Clara. Some of the more sober items, feature instruments playing the chant too such as the imaginative reconstruction of the Benedicamus from the Codex Perugia with recorder and drone. The use of bagpipes in Ingrediente Domino (a responsorium from the Monastery of St Maur-des-Fosse) is very striking, and rendered all the more so as the chant is sung beautifully straight. The Latin is generally sung with the singers' native Latvian accent.

The result is to give this music, drawn quite widely from sources across Europe, a distinctly Latvian accent. The disc is often at its most engaging when the singers veer furthest from pure chant and enter with a will into something with a more popular accent. There is some fine solo singing on the disc and some profoundly haunting harmony on the falsobordone Miserere Mei. When singing pure chant, the singers create a beautiful unified line, admirably flexible but perhaps owing a little too much to Solesmes. Whilst they are very free with the notes, I could have wished for a little more experimentation in vocal tone, a little more roughness.

Being the nerd that I am, I would have liked to know a little more about the individual sources of the music, but the booklet includes full texts and translations (Latin, English, Latvian) as well as basic details for each manuscript.

We can never know quite how Medieval chant was sung, and inevitably each major centre would have its own particular accent. This imaginative disc tries to take us to Medieval Riga and find out the sort of thing the monks might have been singing there.