You are here: Home / Playlists / Rinaldo Alessandrini, Part 6: Into the 17th Century and Back to Bach

We journey with the director of the Concerto Italiano from Monteverdi’s “L’Orfeo”, to early 17th century Italian cantatas, and then to some lesser-recorded Bach keyboard works. 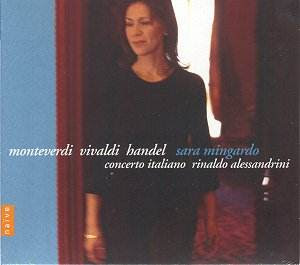 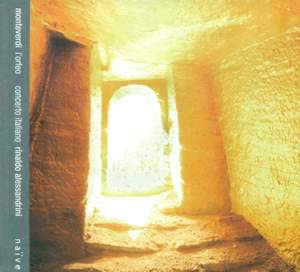 From Classics Today: Having just accidentally happened upon a 1949 recording of this opera led by Helmut Koch that presented it as a dirge beyond compare, I was stunned anew by this new Naïve set for its reminder of how valuable the last quarter century’s research truly is. The work’s beauty and theatricality, when presented correctly, are still very powerful. The story is passionately told here–the rhythms in the first two acts are rustic and lusty and there is such an all-encompassing feeling of celebration that we get swept up in it. The dances seem utterly natural. When the Messenger enters (in the person of the remarkable Sara Mingardo) with the dreadful news about Eurydice it hits everyone between the eyes. Never before have I sensed in a recording the absolute change of mood, the pinpoint turn from gaiety to tragedy. And the rest of the storytelling is just as vivid.

Perhaps it’s because the cast is Italian and they use their language with such ease, natural lilt, and emphasis that they are actually “speaking in music”, which after all was the whole gimmick behind opera. The vocal embellishments heighten the drama, as they should, and do not draw attention to themselves. Alessandrini opts for quick tempos except when he absolutely does not; in the accompanying booklet he argues for flexibility in delivering the recitatives so that they fall into natural speech patterns, and his choices here simply seem right.

Furio Zanasi (billed here as a tenor but as a baritone on other recordings; he sounds like a high baritone) sings Orfeo with great virtuosity and emotional restraint. Even in “Rendetimi il mio bene” near the close of the third act he does not overstate his case at first, and his plea, increasing in volume, is enormously effective. Sergio Foresti’s Caronte is nicely sepulchral, which somewhat undercuts Antonio Abete’s more matter-of-fact Plutone, but Anna Simboli makes up for it as Prosperina. None of the singers uses “white” voice; vibrato is subdued but present. This makes sense given Alessandrini’s extroverted use of the instruments–the cornets and drums are brilliant. 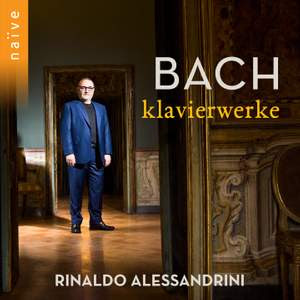 Rinaldo Alessandrini usually records with his ensemble Concerto Italiano: his solo harpsichord recital discs are far less frequent and all the more cherished for their rarity value. Here Bach has a special place, as in his previous releases A la manera italiana and Præludien & Fugen.

This third all-Bach recital brings together around thirty short pieces from among the composer’s two hundred or so keyboard works, grouping them according to their kinship of key - like a mirror in three sections reflecting three different tonalities.

This recital’s route lets us wander around an extended archive of works from Bach’s preludes, fugues, sinfonias, inventions, fantasies, ricercar and the Sonata for solo violin BWV 1003 - but with their chronology entirely effaced, their order recomposed by the soloist.

As Esteban Hernández Castello explains in the accompanying booklet: “This enables us to range through the whole gamut of musical languages the composer employed, from the simplest to the most elaborate, including - and why not - pieces whose attribution is still uncertain.”

In Rinaldo Alessandrini’s playing we again encounter the unpretentious elegance that is his hallmark, his attention to detail and nuance and the radiant thoughtfulness he bestows on the polyphony - qualities that have been refined over the years by his work with Concerto Italiano and his intensive cultivation of the vocal repertoire.