You are here: Home / Playlists / The Instrumental 16th Century

The Linarol Consort with music for "the richest man in the world,” Exquisite Noyse and the Italian violin consort, and Capella de la Torre with dances from Nuremberg sources. 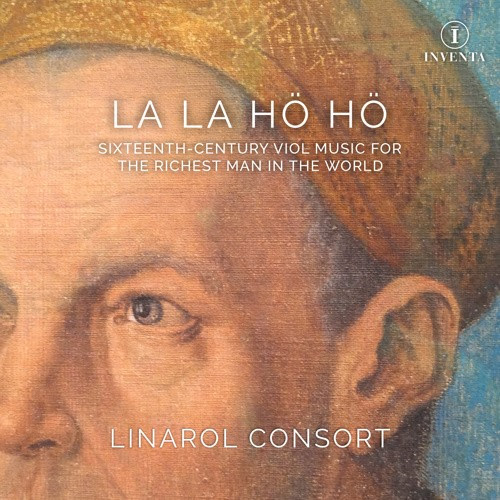 For complete information on this ensemble:
https://linarolconsort.com/
Linarol Consort Director David Hatcher has been busily transcribing Ms. 18-810 – for 8 years! It’s a collection of German, Flemish and French pieces from the early 16th century. The 86 piece collection is now fully published in four volumes, and there is some fantastic music in it – pieces by well–known composers including Josquin, Senfl and Pierre de la Rue, and lots of hidden gems. We are going to be recording two CDs – this first one will be of instrumental music, and the second will feature vocal pieces for tenor voice, with James Gilchrist.

La La Hö Hö is the name of one the instrumental pieces by Isaac, and gives the instrumental disc its title. The recording of this disc took place in February 2020 at the beautiful venue of Treowen in Monmouthshire, with award-winning sound engineer and producer Adrian Hunter.

Making their Inventa Records debut, the Linarol Consort of Renaissance Viols presents a recording of German, Flemish and French viol consort pieces of the early sixteenth century. Recorded from a new edition of a rare manuscript held in the vast collection of the National Library of Austria, in Vienna, the manuscript is not widely known by exponents of music of this period. The completion of the manuscript dates to around 1535, and soon after it was finished it was in the library of the wealthiest and most influential of German merchants of the sixteenth century, Jacob Fugger, who is held to be one of the wealthiest individuals in history. 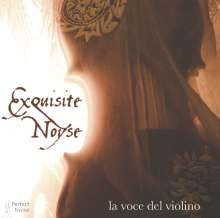 This release from Cologne-based ensemble Exquisite Noyse explores the diverse and colorful musical world into which the violin was born- anonymous dances, arrangements and improvisations, instrumental renditions of vocal works including beautiful and haunting madrigals, chansons and motets by Arcadelt, Janequin, Josquin and Verdelot. This music of the Renaissance is brought to life in a very special way. Exquisite Noyse performs on instruments of the violin family and a Renaissance triple harp, giving life to a pivotal and important repertoire. Their choice of music, instruments, and performance techniques conjure an image of the violin as a new technology in a world undergoing radical musical changel. The violin's earliest voice leaps off the strings and across the centuries to new ears. The mission of Exquisite Noyse is to work with the repertoire, performance techniques and instruments of the Renaissance creatively and imaginatively in order to reproduce the surprising and fresh sound the violin family made when it was still a new technical achievement in a time groundbreaking changes in music.
For more information:
http://www.exquisitenoyse.com/ 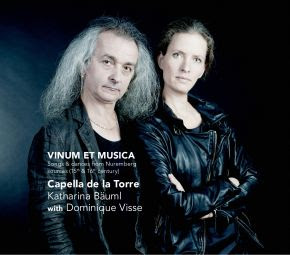 Five hundred years ago no one would have had to argue long about the image and significance of Nuremberg. The city was the intersection of numerous trade routes, housed the imperial regalia, was the germ cell of German humanism. A musical tour through what was then the centre of Europe –Dominique Visse and the Capella della Torre are embarking on no less a venture on this CD. They takes us back to an epoch around 1500, a date always regarded as the heyday of the free imperial city. A guided tour might have started then (as now) up at the Kaiserburg, Nuremberg Castle, the emblem of Nuremberg. Actually a relic of the Early Middle Ages, the castle was still used for military purposes until the Thirty Years War. Probably there were quite a few mercenaries in it humming the song L’homme armé, one of the most popular melodies ever of early modern times, heard here in what is possibly the earliest version by Robert Morton. It warns of the “armed man” and calls on men to don their armour. At the same time, Nuremberg Castle was also residence until 1571 of all kings and emperors of the Holy Roman Empire when they stopped on their itineraries in “Noris” (an allegorical name for the city and its region). The state motet printed in Nuremberg Fortitudo Dei regnantis in praise of the Polish king Sigismund I was composed to mark this.

The musical tour goes on down from the castle to the spacious Marktplatz and further, Visse and his Capella della Torre take the listener by the hand...

The ensemble of the Capella de la Torre corresponds more or less exactly to that of the Nuremberg town pipers of the era: shawm, bombard and bass, augmented with trombone and cornett (zink). Documented for the first time in 1384, the town pipers played at church services, municipal council sessions, at weddings and carnival processions and became so famous that in the sixteenth century they represented Worms and Bamberg as well as Nuremberg at the annual ratification of the tariff and customs privileges in Frankfurt.