You are here: Home / Playlists / The Sixteen and Italian Masters

The great English ensemble begins a new series of recordings of music of Monteverdi, and also looks at Italians who came to the royal court of Poland. 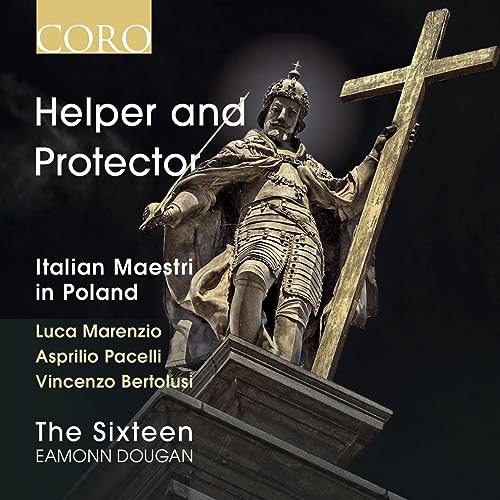 The fourth volume in this highly acclaimed series, conducted by The Sixteen’s Associate Conductor, Eamonn Dougan, explores the music of Italian composers working in the Polish court during the reign of Sigismund III Vasa. In 1594 Sigismund III set about reorganising his music ensemble and he decided to bring in Italian musicians, singularly esteemed at that time, and, in particular, musicians associated with the music chapels of Rome. Amongst them were Luca Marenzio, Asprillo Pacelli, and Vincenzo Bertolusi; their arrival heralded a new dawn for sacred music in Poland.

The centrepiece of this album is Marenzio’s exquisite Missa super Iniquos odio habui. The Kyrie and Gloria movements are known but the remaining parts of the Mass were feared lost following World War II, but were appropriated by the Soviets and have only been rediscovered since the fall of the Berlin Wall. This is the premiere recording of the complete Mass which is set alongside the motet Iniquos odio habui on which is is based. 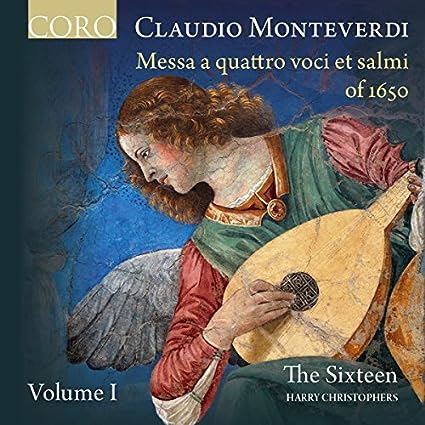 Monteverdi’s sacred vocal compositions introduced the expression of powerful and personal emotions to the world of church music. Whilst it took him a number of years to find fulfillment in his work, Monteverdi was a revered composer within his lifetime and his music is regarded as revolutionary, marking the change from the Renaissance style to that of the Baroque. This album includes some of the finest works from Monteverdi’s years as director of music at St Mark’s in Venice, published posthumously in 1650 as the Messa a quattro voci et salmi.

The Sixteen’s 2014 recording of Monteverdi’s Vespers of 1610 was nominated for a Grammy® Award this year and the choir’s acclaimed Selva morale e spirituale series is also available on CORO.

From Amazon.com: We've all been told many times that classical music's focus on dead composers is an oddity of the modern period, and in previous times art music was contemporary music. Indeed, I'll tell you that very same thing myself, one more time. Not that we shouldn't listen to four-centuries-dead Monteverdi. He's awesome, and we should listen to him even more. Only we should listen to Kate Moore and Lydia Kakabadse as well. Anyway.

I'm not sure if this is sociologically significant, but something interesting happened after the death of Claudio Monteverdi in November 1643. In 1650 Monteverdi's pupil Francesco Cavalli published a posthumous collection of music, a tribute to his teacher. It was called Messa a quattro voci et salmi, and it included sacred music not included in Selva morale e spirituale of 1641, the last sacred collection published by Monteverdi in his lifetime. Monteverdi was well-loved in his lifetime, and there was plenty of interest in his music after the great master's death. Cavalli slipped in a piece of his own, a 10-minute Magnificat that matches his teacher's work.

Surprisingly, not all of this music has been recorded, which I find astounding. Every little bit of Monteverdi seems special to me, and there's nothing below a very high level on this disc, the first volume in Harry Christophers' new series with The Sixteen. This is choral singing of a high standard, with able support from "the continuo team", as Christophers calls the instrumentalists in his entertaining note on the 5-day recording session at St. Augustine Church in Kilburn, London. The Sixteen recorded "in the round":

Everyone was in eye contact so that each subtle nuance and invention could be passed aurally and visually from one to another with great ease.
There's a relaxed feeling in this music that comes from the recording setup, the obvious work taken by these musicians to become comfortable with the intricacies of Monteverdi's music, and the trust between musicians that is required to make great choral, or any kind of music.