Hopkinson Smith with Mariana Flores, Phantasm and the Lachrimae, and the ensemble L’Archeron with a Greek take on the English composer! 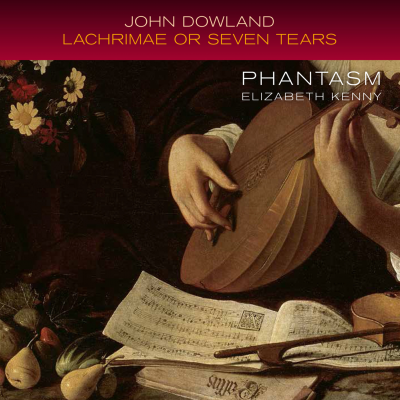 John Dowland's gifts as an exceptional melodist are evident throughout Lachrimae or Seven Tears, an artistic achievement which has cast a remarkable spell on early music.

A skilled lutenist, Dowland's intricately-worked parts demand perfect synchronicity between Phantasm and Elizabeth Kenny, who rise to the technical and tempi challenges of marrying their instruments.

The popularity of Dowland's music in his own lifetime continued through the centuries with Lawes, Jenkins and Gibbons all paying homage to Dowland's 'Tears'. Although freed from lyric constraints poetic images linger prompting Phantasm's Laurence Dreyfus to describe this as ‘the most sensuously tuneful hour of music ever written'.

From Gramophone: How to describe Dowland’s Lachrimae, or Seaven Teares? Seven pavans for five-part viol consort with lute, each a subtle transformation of the pavan known in its song version as ‘Flow my tears’, would be a start, but hardly does justice to its patient flow of exquisitely drawn and closely summoned emotion. These are not ‘division’ variations but a sequence of new pieces, each related to its companions by the falling motif that opens the song but also by numerous significant cross-references between them. In Laurence Dreyfus’s words, they are ‘an extended process of reflection on a poetic-musical theme’.

Phantasm’s performances are totally convincing and absorbing. Drawing richly on their depth, intensity and homogeneity of tone, their acuity to the music’s ever-active emotional flux leaves them unafraid to use forceful gestures of articulation and dynamics to make a point. This keen awareness of the music’s power extends to their performances of the 14 other pieces Dowland included in his Lachrimae publication, most of which are arrangements of his own songs and dances. But while many are light-hearted, short and familiar, nothing is routine in Phantasm’s hands. Semper Dowland semper Dolens (rather more in the mould of the seven pavans) ends in crushing silence, The King of Denmark’s Galliard is proud of its manly power, while The Earl of Essex his Galliard or Mr George Whitehead his Alman really rock with what Dreyfus defines as rhythmic ‘jumps’ and ‘landings’. Even the timings of the gaps between pieces are part of the act, carefully judged to create effective groupings and segues.

The CD is beautifully presented, with readable and insightful booklet articles by Dreyfus and Elizabeth Kenny. Dowland characterised his seven pavans as ‘passionate’, and one can sense the true passion of Dreyfus and his performers in what has all the hallmarks of a classic recording. 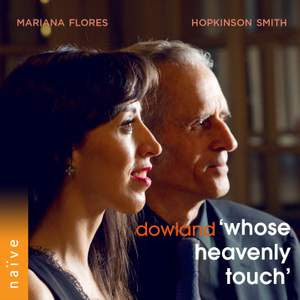 This recording, devoted to Dowland, seems to open a door onto a secret garden, one tended and cultivated by two artists already well known for opera and song recitals that distil the chamber music principle into its most intimate essence of expressive sound: soprano Mariana Flores and lutenist Hopkinson Smith.

Here they give us a Dowland programme straight from the heart, drawing on five of the composer’s volumes of ‘Songs or Ayres’ printed in London between 1597 and 1612, laying bare Dowland’s ecstatic and tortured soul as it oscillates between all the different states of melancholy love. 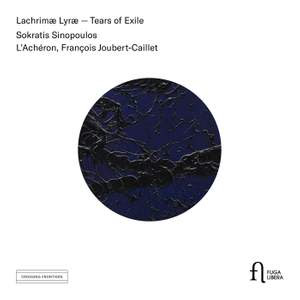