Music for krummhorn ensemble, secular songs by Frescobaldi, and the remarkable instrumental music of Carlo Farina. 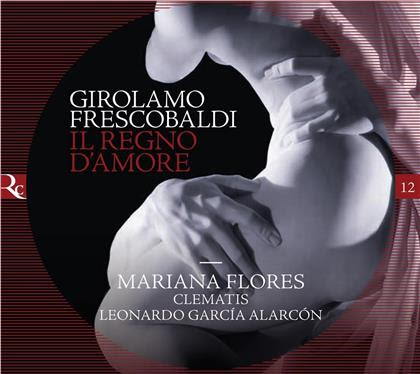 Frescobaldi’s renown primarily stems from his keyboard works and from his position as organist at St. Peter’s in Rome, although a certain number of his compositions are nonetheless linked to his connections with Florence and with the Grand Duke of Tuscany. In the city that saw the birth of accompanied monody Frescobaldi published two volumes of Arie musicali; these demonstrate a mastery of dramatic and theatrical expression that could have easily allowed him to become an opera composer. The instrumental Canzoni are dedicated to the same patron and are presented here as a subtle counterpoint to the vocal works.
From Musica Dei Donum:

Girolamo Frescobaldi was one of the most important and most influential composers of keyboard music of the early 17th century. He attracted many pupils from all over Europe, and in particular through his German pupil Johann Jacob Froberger he had a strong influence on the development of keyboard music throughout the continent. Far lesser known is the fact that he also composed music for instrumental ensemble and vocal works. Whereas his keyboard music was mainly written when he worked in Rome, his vocal works are the result of his stay in Florence.

In March 1628 Ferdinando II, Grand Duke of Tuscany, visited Rome, and in November of that year Frescobaldi was appointed as his organist. In reward Frescobaldi dedicated the collection of Canzoni in one to four parts and basso continuo to Ferdinando. While in Florence Frescobaldi also published two collections of Arie Musicali per cantarsi. The first book was dedicated again to the Grand Duke, the second to Marchese Roberto Obizzi, a nobleman from Ferrara - Frescobaldi's native city - who served as the duke's Master of the Horse.

It can't surprise that these vocal pieces were written during Frescobaldi's stay in Florence. This city was generally considered the birthplace of opera: Jacopo Peri, Giulio Caccini and Emilio de' Cavalieri all had been employed for some time by the Medici court in Florence. With them the stile nuovo was introduced, and much music in this style had been written and performed in Florence during the first decades of the 17th century. Frescobaldi's arias fit in with that tradition.

His vocal music has never been given much attention. The main reason is probably that his oeuvre is so much dominated by his keyboard music, and that this is of such quality and has had so much influence that it overshadowed all other parts of his output. Another reason could be the rather negative assessment of his vocal music by the theorist Giovanni Battista Doni (1595-1647), who told the French theorist Marin Mersenne that Frescobaldi didn't understand poetry and had to ask his wife to explain its meaning to him.

Whether that is true or not is impossible to verify. Listening to this disc of mainly vocal music I can't find any reason to ignore this part of his oeuvre. The fact that I am not that impressed with this disc hasn't much to do with the music but rather with the interpretation.

"The programme as a whole is organised into three sections similar to the three acts of a theatrical performance: Canti d'amor, Canti sacri, Ballo", according to the booklet. After a 'prologo', consisting of only one song, Se l'aura spira, a number of songs and instrumental pieces are performed. Some songs are strophic, and here Mariana Flores takes some rhythmic freedom in the form of rubato. But the application is too rigid and as the same trick is repeated time and again it becomes a bit stereotypical. Strangely enough in the non-strophic pieces, where the singer has naturally more rhythmic freedom, Ms Flores is too strict. Part of a stylistically satisfying performance is also the use of the messa di voce. Ms Flores understands that but only in Ohimé che fur its possibilities are fully explored. In most other pieces she is far too modest in this respect.

Even so I recommend this disc as there are not many recordings on the market with this kind of vocal pieces by Frescobaldi.

Even though the astonishing Capriccio stravagante with all of its imitations of instruments and animals is well known to all lovers of baroque music, the other works by this virtuoso violinist are almost completely unknown. Born in Mantua, Farina was in the service of the court in Dresden. The Capriccio is the only example of such a work in the five volumes of music that he published in the 1620s, his remaining works consisting of polyphonic dances in the French style and of brilliant sonatas for violin; his practice of the violin was very personal in music being composed at that time. This collection of works by Farina is a source not only of astonishment and wonder but also of tenderness as well as other emotions. 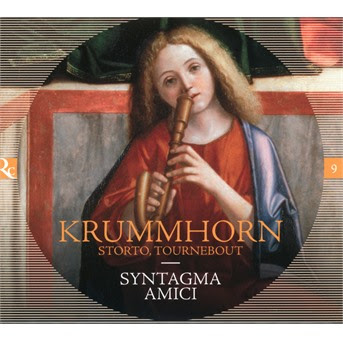 Whether it is called Krummhorn in German, storto in Italian or tournebout in French, this was an instrument whose performing life was limited to the Renaissance.

After researching the adjustment and tuning of these instruments, Syntagma Amici now turn their attention to its repertoire. They shed light on several compositions, from Germany, the Low Countries and Italian sources.