You are here: Home / Playlists / Three from Linn

Consort music of Matthew Locke, the theorbo old and new, and the Mystery Sonatas of Biber.

Note: All of the musician this program is on the Linn label. For more information:
https://www.linnrecords.com/ 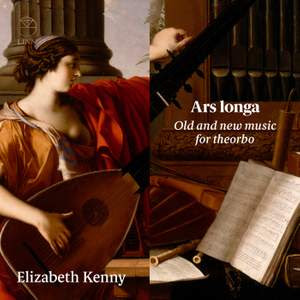 • The recital takes the listener from the early avant-garde repertoire for the instrument of Kapsperger and Piccinini to the new and imaginative sounds explored by today’s composers.

• Taken from his 2011 work Since it was the day of Preparation … James MacMillan’s motet is a haunting and melancholy piece in which the theorbo acts as an emblem of human fragility and sadness.

• Benjamin Oliver wrote Extending from the inside specifically for Kenny, who relishes the unique challenge of combining elements of funk guitar with Baroque tradition in this premiere recording.

• The second premiere recording is Nico Muhly’s Berceuse, also inspired by Kenny; it exploits the unconventional tuning system and expressive possibilities of the theorbo to powerful effect. 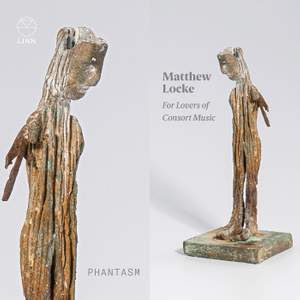 From Early Music Review: Of all the composers of Jacobean viol consort music, it seems to me that Matthew Locke is the one who makes most characteristic use of the viol while at the same time maintaining his roots firmly in the English idiom. The various four-part Suites and the two six-part Canons which Phantasm have chosen for this rich and varied programme show every aspect of Locke’s talent, ranging from music of profound intensity and seriousness to dancing episodes of felicitous energy. The sonorous texture of the viols is beautifully augmented by the theorbo of Elizabeth Kenny, which adds a percussive quality to the superbly smooth viol texture, points up the part writing and enriches the harmonies. These musicians are steeped in the music of this turbulent period, which saw the execution of a king, the temporary triumph of republicanism and then the restoration of monarchy, and they apply the full depth of their understanding to this unique music all composed in the potentially hostile England of Cromwell. As the group’s director Laurence Dreyfus suggests in his hugely readable programme note, this ‘hostile environment’ goes some way to explain Locke’s constant quest for novelty and originality. However, this is by no means music for those with a short attention span, as for every quirky body-swerve and unexpected change of tack there is an extended and eloquent passage in which a musical idea is more than fully developed. This is a lovely CD oozing musicality from every pore, and Phantasm and Elizabeth Kenny provide expert guidance through every twist and turn of Locke’s rich imagination. 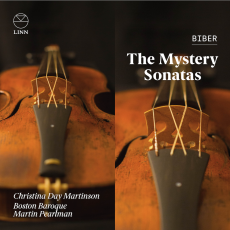 From the Boston Music Intelligencer:  Baroque violinist Christina Day Martinson has been studying the Mystery Sonatas of Heinrich Biber (1644-1704) for more than a decade. Beginning with a lecture-recital in 2003 that topped off her Master of Music in Historical Performance studies at Boston University, she has delved repeatedly into the multiple mysteries of Biber’s sonatas and their extraordinary scordatura re-tunings. Martinson will perform the entire cycle on March 10th at Jordan Hall as part of Boston Baroque’s 2016-2017 subscription series. We talked recently with her about her vision of what the Mystery Sonatas can offer today.

First, some background notes on Biber and the sonatas. Born in northern Bohemia, Biber entered the service of the prince-archbishop Karl, Count Liechtenstein-Kastelkorn of Olomouc, in 1668. The prince maintained a substantial musical establishment at his castle in Kroměříč in central Moravia, and was not pleased when, in 1670, Biber abruptly left Kroměříč for Salzburg and employment at the court of its Prince-Archbishop, Max Gandolph. It was customary in Salzburg to commemorate each October events or “mysteries” in the life of the Virgin Mary in a cycle of meditations conducted with the aid of a rosary. Biber’s 15 “Mystery” or “Rosary” sonatas are dedicated to five joyful, five sorrowful, and five glorious events. They were never published, but the manuscript now in the Bavarian State Library in Munich looks like a fair copy prepared for printing, and is illustrated with printed vignettes.

The most extraordinary feature of Biber’s Mystery Sonatas is that they call for elaborate scordatura, or retuning of the violin strings to pitches other than the conventional set, in all but the first piece in the cycle. Scordatura had been used by lute and violin players since the early sixteenth century, and reached its height among south German composers in the 1660s and 1670s. But Biber, an outstanding virtuoso himself, extended the practice further than any composer has ever done. Scordatura tunings enable players to render chord combinations that would be difficult or impossible with customary tunings; they also introduce unique new sonorities when formerly stopped strings are played in open position.

“Make no mistake,” Martinson explained, “scordatura presents formidable difficulties to the player.” For Sonata no. 11, The Resurrection, the normal g-d-a’e’ strings are retuned to sound as g-g’-d-d’, so the hymn tune “Surrexit Christus hodie” (Christ is risen today) sounds in octaves. “Here I have to deal not only with the mind trick of this unusual combination that goes against everything I’ve learned, but also with the physical trick that wipes out normally intuitive hand positions and weight distribution for double stops. Once the instrument is retuned, you’d better let it settle into that tuning, and not risk breaking a string trying to get it back to normal. So I have one violin just for that piece. I have another one for no. 8, “The Placing of the Crown of Thorns,” which tunes the bottom string up a fifth as part of a B flat chord. We will be using six violins in all.”

Although Biber does occasional word painting, as in no. 13 at the “Descent of the Holy Spirit,” Martinson emphasizes that the sonatas are not program music; they convey a general affekt rather than a specific text. In general, dance movements are associated with joyous moments, as in the “Presentation of Jesus in the Temple” (no. 4). “The extremely joyful and uplifting mood of no. 14, “The Assumption of the Virgin,” with its left hand pizzicato, just makes you want to dance. No. 6, the “Agony in the Garden,” oscillates between Christ’s anger at the sleeping disciples and sadness at his suffering to come.” The tuning is a-flat-e-flat-g’-d’, all notes in the scale of a sorrowful C Minor. No. 10, “The Crucifixion,” is technically virtuosic, almost, Martinson says, a Baroque “rock and roll.” 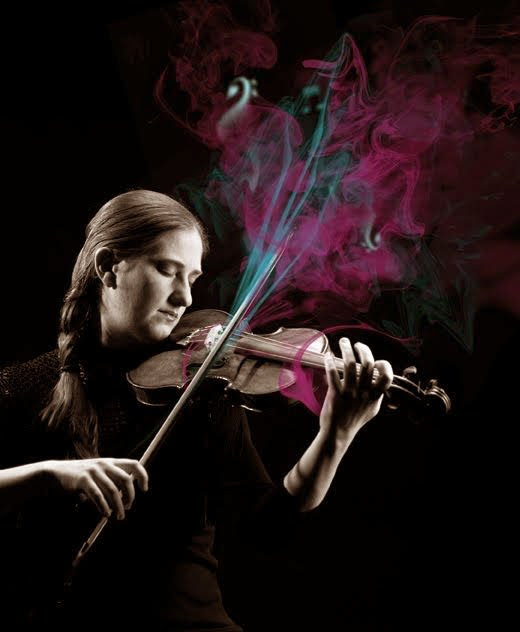 Unlike the sonatas of Corelli and his Italian contemporaries, which typically have four distinct movements alternating slow-fast-slow-fast, Biber’s sonatas follow the older sectional model in which short passages in contrasting meter and rhythm succeed one another without a break. Scordatura, by favoring certain chord combinations, fixes the key and does not allow for the modulations essential to the structure of later more tonally anchored instrumental music. The cycle concludes with a giant Passacaglia in G Minor for unaccompanied violin that, like the opening sonata, makes no use of scordatura. Here the violin plays its own accompaniment: a passacaglia ground bass, the four-note “la-sol-fa-mi” motive that is also the beginning of a hymn to the Guardian Angel, whose feast was celebrated on October 2nd as part of the rosary devotions. In the manuscript score, the Passacaglia is headed by a picture of a child with his guardian angel. The ground-bass motive, transposed up an octave, is repeated some 65 times below a series of elaborate variations in a truly virtuosic completion to the cycle.

Martinson concludes: “This music is directly accessible; it expresses emotion in a simple, direct way that makes it relevant. I’m excited that though it’s over 300 years old, it can come across as innovative, imaginative, and experimental; that there can be novelty in something so old.”

Biber’s sonatas, scored for solo violin and basso continuo, were not intended to be performed on one evening as a cycle, and might well have involved various instruments in the harmonic realization and reinforcement of the partially figured bass. In the upcoming concert, Boston Baroque music director Martin Pearlman will alternate between harpsichord and organ. Other participants will include Michael Unterman, cello, and Michael Leopold, theorbo and Baroque guitar.