You are here: Home / Playlists / Two Centuries of Lute

Robert de Visée (c. 1650 - c. 1732), a court musician at first in the service of Louis XIV, was appointed in 1709 as singer in the royal chamber, and in 1719 he became the official guitar tutor to Louis XV (Maître de guitare du Roy), then nine years old. After one year he resigned in favour of his son. He is listed as being employed by the royal family from 1680 until 1732.
Our earliest knowledge of him is that he was called to entertain the Dauphin in 1682, as the Préface to his first published book (1682) confirms. He enjoyed a considerable reputation as a player of the guitar, the lute, the theorbo and the viola da gamba. The theorbo bad been 'imported' by Italian musicians and was used in Lully's ballets; together with the guitar it gained in popularity as an accompanying instrument and in reinforcing the bass line of the continuo in chamber music, which the lute, then already in decline, could not do. De Visée thus played an important part in establishing both the guitar and the theorbo.
His publications comprise a number of suites, each a fairly informal collection of dances grouped around the same key, to be played by the performer in an appropriate sequence. The revival of interest began with Emilio Pujol’s transcription of Robert de Visée’s Suite in D minor (Eschig 1928), continuing with a popular arrangement by Karl Scheit (Universal Edition, 1944). Performance of de Visée’s music on the modern classical guitar involves a number of modifications sounding very different from ‘authentic’ interpretations on the Baroque five-course guitar. 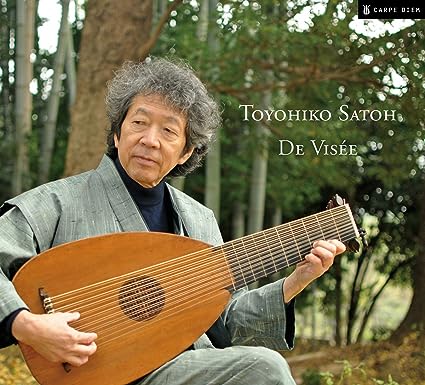 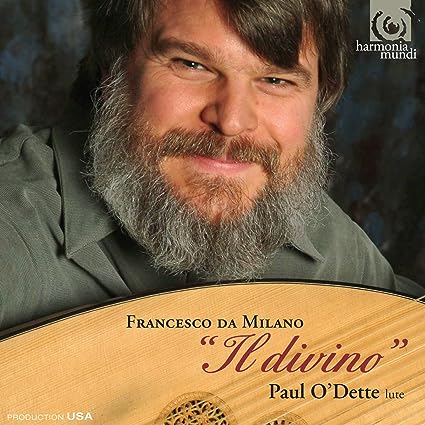 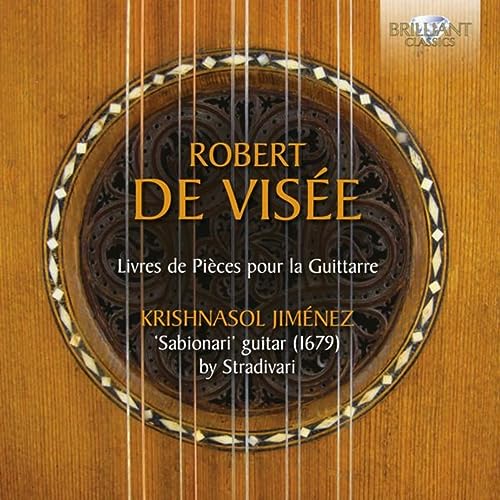 This release is dedicated to a series of guitar pieces that almost all derive from one of his first two publications, Livre de Guittarre dédié au roi (1682) and Livre de Pièces pour la Guittarre (1686). The star of the show is undoubtedly the 'Sabionari' instrument used for the recording and hitherto untouched for almost 200 years: as one of only five extant Stradivari guitars, it is a magnificent example of the sort of instrument that we can expect this music to have been performed on, with its standard tuning perfectly suited to French music of this era. From the extraordinary sonority of the Suite 'accord nouveau', a rare example of scordatura which sees the guitar tuned a semitone lower, to the best-known D minor Suite, this instrument delights for its deeply resonant timbres and distinctive phrasing of the musical text.

Born in Mexico City, the prodigiously talented Krishnasol Jiménez -- who also assisted in the restoration of the 'Sabionari' instrument -- is the soloist on this release, his third for Brilliant Classics. The recording is a welcome addition to the label's ever-growing catalogue of guitar music, and reveals just how much this instrument was enjoyed at the French royal court.