You are here: Home / Playlists / Vision of Tondal 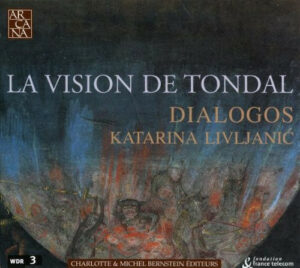 At the 2002 Holland Festival of Early Music, Katarina Livljanic and her Ensemble Dialogos recreated one of the most popular religious stories of the middle ages. The story of Tondal is of a man whose soul leaves his body, and was passed from Irish sources to a Dalmatian Benedictine monastery.

Preservation of this program is made possible by a generous grant in honor of the victims of the tragic war in Ukraine. 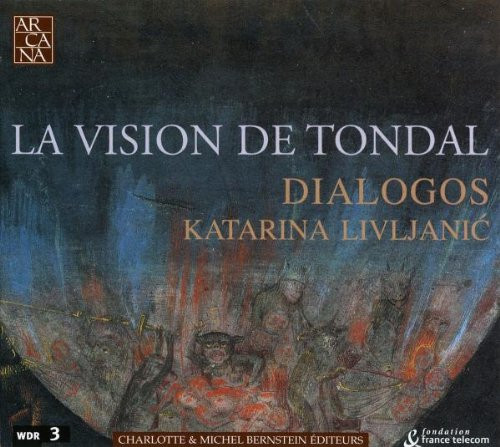 NOTE: The story of Tondal, where an unconscious man has a journey where his soul leaves the body, was written in the 12th century by the Irish monk Marcus. It spead across the face of Europe, including a late Medieval version dedicated to Benedictine nuns on the Dalmatian coast. This performance uses Gregorian, Beneventan, and Glagolithic chant known in Medieval Dalmatia. Glagolitic liturgy is in the vernacular Coratian-Slavonic, but follows the Roman Catholic rite of mass.

These performances from the Holland Festival of Early Music at Utrecht 2002 are by the Ensemble Dialogos directed by Katarina Livljanic. They are supported in part by Radio Nederland and the Royal Netherlands Embassy in Washington, D.C.

6). The Golden Seats
[After Tondal has followed the angels into hell and walked the thin bridge across the stinking chasm, he sees the golden throne, and wonders why he cannot sit]
Obrativ se Tondal za angelorum.
Citaje knjige Otkrivenja {Glagolitic--book of the Apocalypse}.
Dodji, duse presveti/Veni, sancte spiritus (Glagolitic).

7). The Knight's Soul returns to his body
[When Tondal awakens, he assumes he has been gone for years, only to find all his adventures lasted less that one-millionth of a second]
Cuvsi toj; Salve Regina; I toj reksi vaze ga za ruku; Svet/Sanctus.
Acclamation: Exaudi Christe.