You are here: Home / Playlists / Yet Three More from Hyperion

David Skinner’s “De Profundis” Ensemble, the latest from the Westminster Cathedral Choir, and a look at English motets by the ensemble The Gesualdo Six. 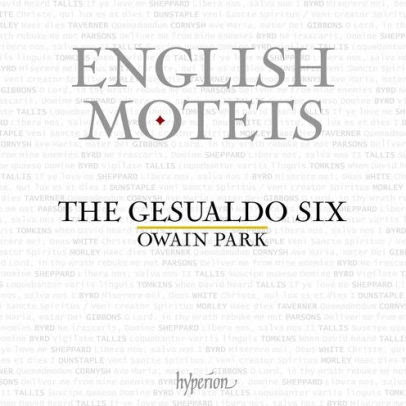 During the renaissance, musical composition flourished, but it was a time of great change, fuelled by religious division. This programme traces music written by some of the English renaissance masters over a period of two-hundred years, encompassing florid medieval-sounding works by Dunstable and Cornysh, intricately woven polyphonic works by Tallis and Sheppard, and the beautiful simplicity of Tomkins and White.

All of these composers were obliged to write in the musical style of the moment, which was constantly fluctuating in one of the most turbulent periods in English history. Lavish Catholic services required suitably elaborate music, with Latin words and rich sonorities. The Protestants did away with such excess, and as the walls were whitewashed so too was the music, with demands placed on composers to set English words as simply as possible, so that every syllable could be clearly heard by the congregation. Then, in Queen Elizabeth I’s reign, came a kind of relaxed simplicity, a halfway house, in which the ideal was both that the words could be heard clearly and also that the music should be interesting.

The enormous contribution to this period by Thomas Tallis and William Byrd is represented by the inclusion of three works from each composer, showcasing the versatility of their writing. While all composers in Tudor England were flexible to the period’s shifting religious requirements, none was quite as skillful at reinvention than Tallis, whose musical quality remains absolutely consistent, even while his style changes dramatically. Byrd gave voice to the plight of Catholics in England through many of his compositions, utilising his royal favour to escape punishment for his beliefs, and in doing so wrote some of the most enduring and powerful music of the era.

The presented order is not a linear journey, but a grouping akin to a concert programme, where a balance of fast and slow, similarity and contrast is all brought into play. The incredible productivity of composers writing during this period, coupled with the advent of printed sheet music and licenses granted for its production has resulted in a wealth of material available to us – and, as such, selecting only a handful of works to reside under the banner of ‘The English Motet’ was by no means easy. But I hope that we have managed to showcase something of the extraordinary journey composition took around the English Reformation, and in turn reflect our immense enjoyment in performing the music we all grew up singing.

Glorious. A rich, luminous acoustic halo seems to surround the music as it soars ever upward. Under David Hill's expert direction this choir has achieved a depth and body of tone totally appropriate to this full-blooded Iberian music' (The Good CD Guide)

'This goes to the head of the list of some fine versions of this requiem' (Fanfare, USA)

From Gramophone: Victoria's last publication was his six-voice Requiem Mass for the dowager Empress Maria, in whose service he had been from at least 1587 until her death in 1603. It is a wonderfully rich work, but at the same time one of his most restrained and refined compositions, including passages

from his earlier four-voice Requiem published in 1583. In his note to the Westminster Cathedral recording, Bruno Turner points out that it is a misreading to think that Victoria thought of this as his 'swan-song'; but every detail in the music declares it as the final summarizing statement of a glorious career.

...The differences are easy to hear. The Tallis Scholars use 12 singers, including five ladies; Westminster use a full cathedral choir with boys. The Tallis Scholars are slightly better at projecting all the details of the six-voice polyphony and have the edge on intonation as well as diction; Westminster produce a fuller, more expressive sound and give more weight to the changes in colour and movement in the music. Perhaps surprisingly, The Tallis Scholars produce a more convincingly Iberian sound, their sopranos finding it easier to project the open-throated quality that seems right for the music. At the same time, I would think that neither choir quite matches the hieratic austerity of the music. Victoria's largely homophonic sixvoice writing seems to suggest that he had in mind something massive and immensely slow reverberating in a rich acoustic ambience. Whether it is realistic to attempt such an effect in a modern recording is a moot question, but both recordings tend towards the sprightly.

Never have I been so perplexed in an attempt to establish my preference between two recordings. Often one brief passage seems better caught in one version where the very next passage is the other way round (particularly in the wonderful Libera me). Westminster usually find a slightly more passionate mood; but they tend to be somewhat less even in quality. (Why, for example, do the men have such soft consonants against the bright ones of their boys? I originally thought this was something to do with historical pronunciation, but there is no consistency here: both choirs tend towards 'standard Roman' pronunciation.) Readers may have their own preferences; but it is difficult to think that anybody would regret buying one as against the other. 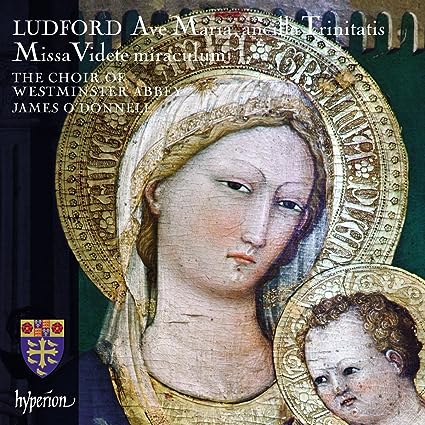 From Gramophone: The modern reputation of Nicholas Ludford (c1490-1557) was really sealed by the first recordings of The Cardinall’s Musick in the early 1990s (ASV Gaudeamus, 7/93, 12/93, 7/94, 1/95). These pioneering discs transformed Ludford from being considered a bridge – linking Robert Fayrfax with John Taverner – to one of the most prolific composers of Masses in Tudor England and a great pre-Reformation musician. Having been largely the preserve of specialist vocal consorts it’s great to hear Ludford sung by the choir of Westminster Abbey, and this album joins another notable recent release by Trinity Boys Choir (Rondeau, 12/17) to perform his music in a choral setting.
The opening Ninefold Kyrie, with nimble organ versets from old and new sources, showcases the smooth sound of the Lay Vicars, who comprise some of our leading consort singers. They forge a richly sonorous sound in the generous acoustic of All Hallows, Gospel Oak, and the organ (recorded in St Mary Undercroft, Westminster) offers a sprightly contrast.

O’Donnell treads a conservative path through the richly textured Missa Videte miraculum. In the Gloria the Lay Vicars create a luscious, serene opening which the treble voices later expand into a full six-part texture. The sound is wonderful, yet I notice they never fully capitalise on Ludford’s ecstatic cascades of imitative writing, notably at ‘Gratias agimus tibi’. There is a sense of some slight, almost statuesque withholding. Overall I find the treble sound more rounded than the Choir of New College’s Missa Benedicta (K617, 8/08); and although I have a lasting fondness for the metallic feistiness of Higginbottom’s choir, I do find that O’Donnell encourages really graceful long arced phrases from his trebles and maintains an overall more consistent tone. The finest singing on this disc, however, is undoubtedly Ave Maria, ancilla Trinitatis: an exceptional work and a superb performance. The choir are heard at their finest in the more impassioned moments, of which this votive antiphon offers many.