You are here: Home / Playlists / A Czech Christmas 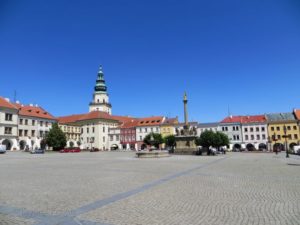 Richard Stone of the ensemble Tempesta di Mare traveled to Kroměříž to bring us some of the beautiful music celebrated at the Moravian Court.

NOTE: All of the music on this special program was performed by the ensemble Tempesta di Mare co-directed by our guest Richard Stone. 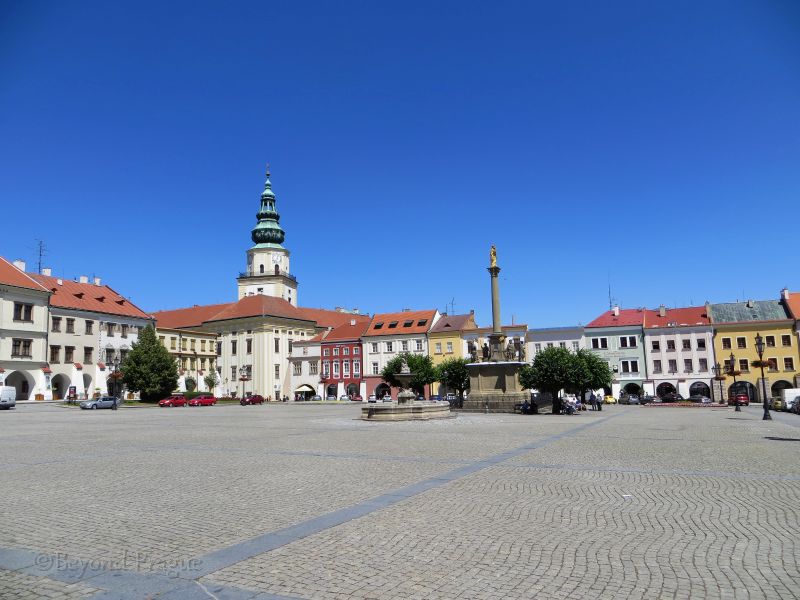 Today’s concert is based on the remarkable working collection of a Catholic bishop in seventeenth-century Moravia, Prince Karel (Karl) II of Liechtenstein-Castelcorno, Bishop of Olomouc (1623–1695). Moravia is a Czech-speaking region that occupies the southeastern quarter of the present Czech Republic. Together with Bohemia and Czech Silesia, Moravia comprises one of the three historical Czech Lands. Karel’s family name is not that of a Slav but, rather, of German-speaking nobility. He was connected to the imperial Holy Roman court at Vienna, and his italophile musical taste reflects Vienna’s.

Pennsylvanians most commonly associate “Moravian” with the Moravian Church, a Protestant denomination with roots in fifteenth-century Moravia that shifted to Germany prior to establishing missionary operations in the New World.

The Olomouc archdiocesan bishop’s residence and home to Karl’s musical collection is a baroque chateau in the town of Kroměříž), not far from Olomouc. You may have caught glimpses of it in the movies, as it served as a filming location for two composer-focused movies: Amadeus (1984) and Immortal Beloved (1995).

The genesis of this program by came in the form of instrumental music by Fr. Philipp Jakob Rittler (ca. 1637– 1690), music director at Olomouc Cathedral and a priest within the Olomouc chapter. A few seasons back, we performed his 1000-Guilder Sonata, chosing from the six instrumental works of his available in modern editions, a tough choice given how uniformly fun they all were. We wondered if, for future reference, there was more unpublished music by him. We found out that all of his extant music—74 works, which includes unpublished sonatas and sacred vocal works—lives in manuscript part books only in Karel’s collection.

The archive includes many other composers too, well known today like Biber, Schmelzer, and Bertali; less-familiar composers like Bulovský, Capricornus and Poglietti; and lots of anonymous pieces, all dating from the mid- to late seventeenth century. And all of it very tempting.

Some of that collection is accessible as black-and-white microfilm at Syracuse University, photographed in the ‘70s by Soviet-era archivists. Tempesta co-director Richard Stone went to Syracuse to look through the microfilms. He assembled a study score from the separate part books of an extravagant Christmas mass in 27 parts by Rittler, revealing a stunning, masterful work, equal in quality to the finest creations of Monteverdi or Praetorius. We fantasized about programming a future Christmas program based on music from Kroměříž, less opulent than that mass but still including unpublished Rittler.

But the age-browned, seventeenth-century paper and its faded ink conveys only limited information on microfilm, especially when the contrast and ink bleed-through doesn’t translate into monochrome. We happily received support from the Pew Center for Art and Heritage to conduct further research on-site in Kroměříž. After the 2017–2018 season, Stone spent a week at the chateau, where he was granted complete access to the musical archive and permission to photograph any manuscripts that he was interested in.

Today’s concert represents a taste of the trove in Kroměříž.

Kroměříž capellmeister Pavel Joseph Vejvanovský (1633–1693), himself a trumpeter, wrote extensively for his instrument. The trumpet melody in the slow section of the Sonata Natalis quotes the Czech carol, “hajej můj andílku” (hush, my little angel), known elsewhere as “Resonet in laudibus” or “Joseph, lieber, Joseph mein.” As with Rittler, Vejvanovský’s music survives just in the Kroměříž archive, the compilation of which Vejvanovský is believed to have played a major role in. Further, much of the music by other composers in the collection are copies in his hand. The present-day music school in Kroměříž bears his name: Konzervatoř P. J. Vejvanovského.

Composer Poet and Adam Václav Michna z Otradovic (ca. 1600–1676) is represented by a single manuscript mass at the chateau. However, he is was widely known for three publications in which he set his own devotional verses: the hymnals, Česká mariánská muzika (Czech Marian music, 1647) and Svatoroční muzika (music for the liturgical year, 1661); and a book of mystical poetry, Loutna česká (Czech lute, 1653). The publications circulated throughout the Czech lands, and it is inconceivable that they would not have enjoyed currency in Kroměříž. All three Michna selections are vánocní muzika, for the Christmas season.

Though there is nothing specific to the season in the Rittler selection, he wrote most of his sonatas for the church. His fascinating Sonata à 7 makes a special distinction between the pair of violins and the viola choir, in which the violins behave as vocal soloists, minus words, while the violas act as an orchestra, even including a substantial prelude just for them. The first violin’s activity, in particular, relish in the same fantastical Austro- Czech tone found in Heinrich Bieber’s (1644– 1704)’s 15 Rosary Sonatas.

Vienna’s predilection for all things Italian makes it unsurprising that music by some of Italy’s most noted composers would have found their way into the collection. Kroměříž holds works known nowhere else by both Jacomo Carissimi (ca. 1605–1674) and Giovanni Valentini (ca. 1582– 1649), two remarkably imaginative composers. The title for Valentini’s suave Sonata pro tabula, unique to Kroměříž, references a purpose not as background music to a meal, but rather a course to be enjoyed in silence among the courses of a meal, a custom at the Habsburg court. Carissimi’s nativity cantata, Quasi aquila, exists in two manuscripts copies at Kroměříž, both scored for tenor with one violin, obbligato bass violin, and continuo. A later version printed in the Arion Romanus, a 1670 anthology of motets by Carissimi, includes a second violin. 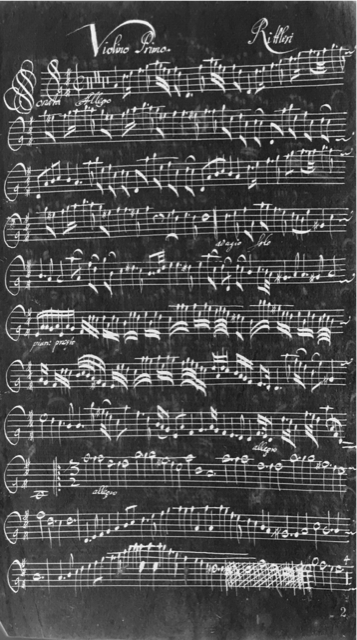 The most surprising part of the collection is the high quality music anonymous music, unattributed to any composer, of which we include three examples: a charming chaconne for three choirs—solo trumpet, string ensemble, and a pair of recorders—a superb magnificat, and a sonata for double choir—two recorders accompanied by viola, and two violins accompanied by cello. The level of craft in the latter two works makes their authorship particularly tantalizing.

A Czech Christmas is supported in part by a grant from the Musical Fund Society of Philadelphia.