You are here: Home / Playlists / Acronym Once Again

The superb ensemble was a featured group at the Indianapolis Early Music Festival this year; co-founder Kivi Cahn-Lipman joins us to talk of their work and their latest recording.

NOTE: All of the music on this program features the ensemble Acronym featuring founding member Kivie Cahn-Lipman. For more information: http://www.acronymensemble.com/ 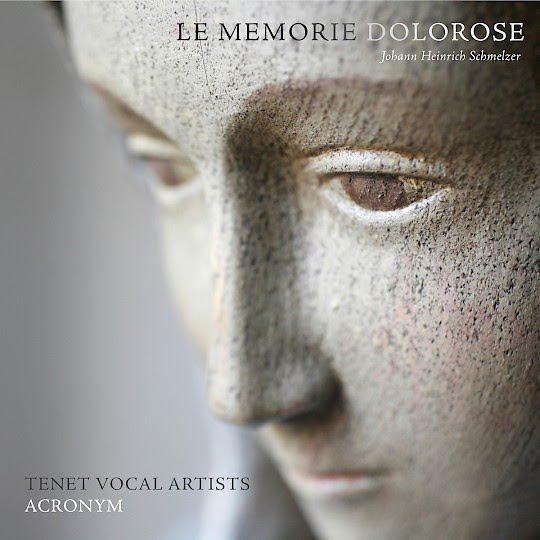 Early-music ensembles TENET Vocal Artists and ACRONYM have joined forces to make the first commercial recording of a sumptuous work by composer Johann Heinrich Schmelzer (1623-1680), a sepolcro set in the tomb of Christ.

The grieving Virgin encounters two angels, three Apostles (Saints John, James, and Peter), three Marys (Magdalene, Cleopas, and Salome), Nicodemus, and Joseph of Arimathea. Each character tells her a story about Jesus, “dolorous memories” which only add to her torment.

From Early Music America: Johann Heinrich Schmelzer died of plague in 1680, only a few months after being awarded the position of Kapellmeister at the imperial court of the Holy Roman Emperor Leopold I. Schmelzer had worked for many years at the Hapsburg court, first as a violinist and composer for Leopold’s father, Emperor Ferdinand III, and later director of instrumental music and vice-Kapellmeister for Leopold. He was widely known as one of the best violinists in Europe, and was an influential composer of instrumental music, especially the violin sonata.

Schmelzer, as an employee of the emperor, wrote music for all occasions, as befitting the needs of the imperial court. The Viennese court tradition for Maundy Thursday and Good Friday included performances of sepolcri, an oratorio-like genre staged with characters, scenery, and dramatic action in front of a replication of the tomb of Jesus. This album is the first recording of one of Schmelzer’s three sepolcri, Le Memorie dolorose (The Dolorous Memories), first performed on Good Friday in 1678 and containing two recitative-aria sections composed by Leopold himself. Also receiving their first recordings are two of Schmelzer’s instrumental sonatas, inserted into the sepolcro as tracks 13 and 23.

Le Memorie dolorose tells the story of the Passion and burial of Jesus from the perspective of various characters, including the Virgin Mary, the three Marys who were believed to have visited the tomb of Jesus (the Marys Magdalene, Cleopas, and Salome), Joseph of Arimathea, several disciples, and a host of angels. The sepolcro’s libretto, written by court poet Nicolo Minato (lightly edited on this recording to remove anti-Semitic references), pairs ten happy memories of Jesus’ life with ten sad ones, each pair sharing a central theme; the last, for example, contrasts the raising of Lazarus from the dead with the burial of Jesus. 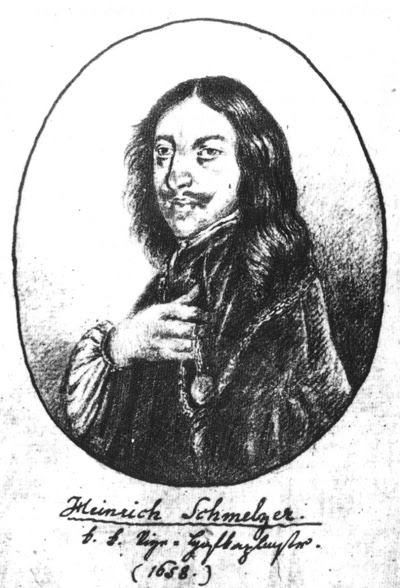 The recording is luminous. The singers of TENET Vocal Artists, both solo and tutti, exude a sense of refined pathos and rhetorical gesture apropos for the work’s original intimate courtly setting. The instrumentalists of ACRONYM more than match them in emotiveness; the continuo is warm, resonant, and supportive, the full ensemble beautifully unified. The enthusiasm and sense of attack in the plucked strings, counterbalanced by the sweet melodic lines of the upper voices, and the full ensemble’s commitment to the different moods of each section, show the first interpolated sonata to be a real hidden gem.

In the pop-music world, a supergroup is a musical ensemble made up of artists well known for their other solo or ensemble work. Although named separately here, both TENET and ACRONYM are stars in early music. Both ensembles have consistently received the highest praise for both their engaging live performances and recordings, which have included everything from warhorses such as the Monteverdi Vespers of 1610 to premiere recordings of works by Biber, Valentini, and now, Schmelzer. This album is TENET’s sixth recording, ACRONYM’s ninth, but their first together, and the combination is nothing short of “super.” A highly recommended album, and may we hope that these two ensembles join forces again. 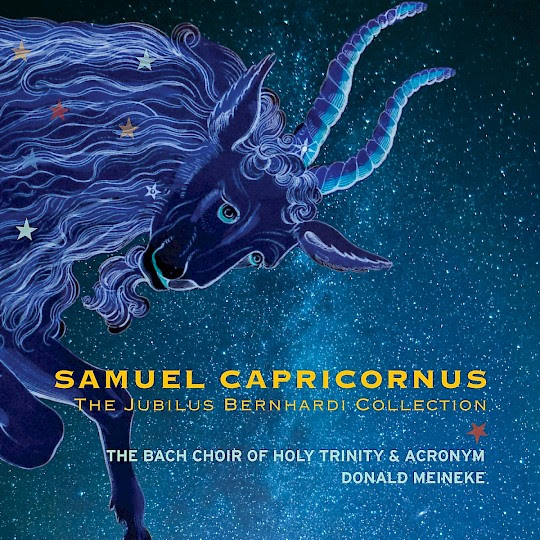 Precious little is known for certain about the composer Samuel Capricornus; like Purcell and Mozart, he died at a tragically young age, and yet his prodigious output demonstrates what a wealth of talent and invention he had. Born the son of a Lutheran pastor in what today is the Czech Republic, he Latinized his name according to a common habit at the time, and he was fortunate enough to work at the imperial chapel in Vienna under two of the leading Italians of the age, Giovanni Valentini and Antonio Bertali. Capricornus's setting in 24 parts of the Jubilus Bernhardi was published halfway through his tenure as Kapellmeister to the court in Stuttgart in 1660. Scored for five soloists, five ripieno vocal parts and a consort of violas da gamba with continuo, it is a glorious demonstration of every facet of the composer's craft: the short introductory sinfonias that set the tone, the careful juxtaposition of solo voices and tutti sections, the skilful balancing of voices and instruments, the minutely observed rhythms of the word setting, and—above all—the overarching structural sense. Even in such a grand design, the music remains ever-changing like light shining on a diamond, yet profoundly uplifting and moving by turn.
From Fanfare Magazine:  he music of Samuel Capricornus (1628–1665) remains largely neglected. The last major study of his works was by Doris Blaich in her 2010 doctoral thesis at Heidelberg University—and before that, Hans Buchner for his 1922 dissertation. Yet during his very short lifetime he was highly respected, broadly educated, and extremely ambitious. He sent on his works for comment to Heinrich Schütz, who declared his music “virtuosic” in the sense of being well composed. Another recipient of his music, Giacomo Carissimi, performed several of Capricornus’s compositions in Rome’s Sant’ Apollinare, where he held the post of maestro di cappella. The composer’s final position saw him made Hofkapellmeister in the Württemberg court of Duke Eberhard III, in Stuttgart. There he not unexpectedly met stout resistance from other musicians who had coveted and applied for his post, and would stir up trouble from time to time.

Only 17 of Capricornus’s works were ever published. Far more circulated in manuscript, and some of these, such as the work on this album, can still be found in both Protestant and Catholic collections—not perhaps surprising in a work such as this one, which adapts texts by Bernard of Clairvaux. Roughly 100 of these unpublished manuscripts remain, though existing inventories of the period list over four times that number. Much of Capricornus’s secular music, including all of his theatrical works, is lost.

The extant version of the Jubilus Bernhardi calls for five voice parts, five ripieno parts with traditional “loud” instruments, and a viol consort of four instruments. According to Blaich, though, an earlier version was assembled during his years spent as director of music in Pressburg (now Bratislava), 1651–1657. The original instrumentation, which survives only as noted in an inventory of the period, consisted of two violins and continuo. It was dedicated by Capricornus to the Duke, given his piety and appreciation of the arts—and to protect it, as the composer writes in his preamble, “from the tooth of envy.”

It is a graceful work in 24 movements, Italianate in expression. There are some modern elements, such as the recitative that leads off the second section of his haunting Mane nobiscum Domine. On the other hand, Capricornus sets the words “Nil canitur suavius” in his Jesu dulcis memoria in unison—syllabically, but not as spoken; instead, as what registers to the ear as 2-3-1-1 and 1-3-1-2 on three successive, downward-moving pitches, stated in a repetitive, trumpet-like fashion. This recalls the older Venetian School that included both Gabriellis. The impression is reinforced by Capricornus’s use of polychoral effects and independent sinfonias. The overall result is one of sensual grandeur put to the service of expressive sobriety. It is music that draws one in, but never loses sight of its spiritual objective.

The forces are listed as SSATB, though Capricornus adds notes to the ripieno parts “Ut vocant,” which may mean ad libitum, indicating a choir, as the work is performed here. Similarly, the continuo, a bass part with figures, is stated as “bassus pro organo.” This is reinforced on the current recording by theorbo.

The performances are very good, with reservations. In general, the soloists of the Bach Choir of Holy Trinity are excellent. But the bass who solos in Jesu, dulcedo Cordium sings without vibrato, swells the tone at length in the middle of every short musical phrase, then fades out the endings. This manneristic approach greatly disturbs to the musical line. That it would seem to be a personal choice is indicated by the trio of two sopranos and tenor which follow him, or by the various sopranos in Cum Maria diluculo, or by the various solo entries by soprano and tenor in Mane nobiscum Domine—the list is much longer, but the point is that they all phrase in a more standardized fashion. Elsewhere, the singing is excellent, a very few heavily slurred pairs of notes by the sopranos (Jesu dulcis memoria, for example) to one side. Acronym plays well, though it’s admittedly hard to determine much in detail, given the overly reverberant cathedral ambiance that has been achieved in this studio recording. Donald Meineke blends his voice parts attractively, and creates impressive unison effects with none of the untidiness that afflicts even some well-known choirs. Enunciation would seem to be good, though, once again, it’s difficult to tell for certain.

In short, recommended. The music of Capricornus is largely neglected, and it’s good to see a highly talented director like Meineke turn his attention to this music. Next time, though, it might be more useful to hear the music, rather than let an echo chamber get in the way.