You are here: Home / Playlists / An English Christmas

New seasonal music from The Sixteen, the Choir of Clare College Cambridge, and the Mellstock Band and Choir. 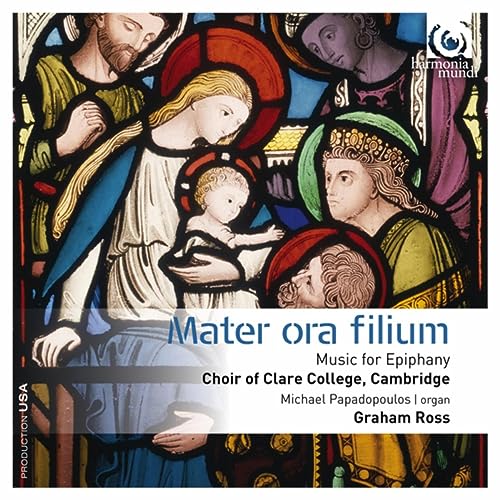 Graham Ross directs the Choir of Clare College, Cambridge in music celebrating the feast of Epiphany, culminating in Arnold Bax’s unaccompanied double-choir masterpiece, 'Mater ora filium' (1926). The feast of Epiphany falls on 6 January, 12 days after Christmas. Marked in the Christian world with the story of the Magi, many composers have been inspired by the account of ‘the three kings’ following the star, bringing their gifts of gold, frankincense and myrrh. This sequence of music explores some of the greatest musical contributions to the feast, principally from the 16th and 20th centuries. Three great Epiphany hymns frame this sequence, all in new arrangements by Graham Ross, and all here receiving their première recordings. Graham Ross has also written the excellent booklet note and is aided and abetted, again, by John Rutter as producer, engineer and editor.

From Gramophone: Taking inspiration from the seasons of the Anglican year – Advent, Passiontide, Pentecost, Easter – Graham Ross and the mixed-voice Choir of Clare College, Cambridge, have put together a thoughtful series of recordings that keep one foot in traditional Oxbridge Renaissance repertoire while also moving that tradition determinedly forwards into the 21st century. Their latest disc – ‘Music for Epiphany’ – is no exception, offering a collision of new and old that coalesces into a seasonal collection that works just as well as a recital as it does a reference recording … The performances of the Renaissance repertoire are characteristically strong … but it’s in the 20th-century works that Ross and his young singers come into their own. Fluid phrasing and expressive diction bring out the folk roots of the Howells and Warlock, while the exposed simplicity of I wonder as I wander and Berkeley’s I sing of a maiden is deftly handled, especially by the impeccably blended top line. Bax’s Mater ora filium makes a climactic closer, its episodic structure paced beautifully. Classic Epiphany hymns (most of them in sometimes unexpected arrangements by Ross himself) are a bonus, providing the supporting pillars for this wide-ranging collection. --Alexandra Coghlan

II. Song of the Nativity (The Sixteen/Harry Christophers). Coro CD 16146. 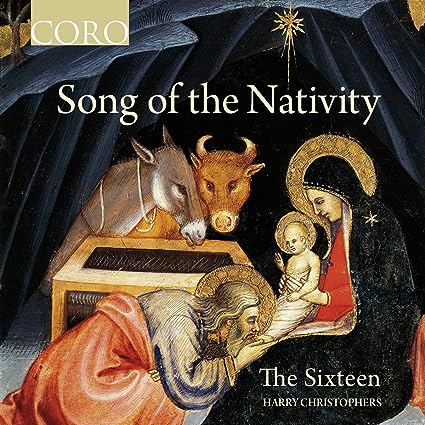 The Sixteen contrasts the dramatic intensity of music by some of today’s most admired composers with such traditional and modern carols as Boris Ord’s Adam lay ybounden and Henry Walford Davies’ version of O little town of Bethlehem. Much-loved modern classics including John Rutter’s There is a flower, Morten Lauridsen’s O magnum mysterium and James MacMillan’s O radiant dawn also appear on this beautiful album and there are many others which, in the course of time, will also become classics; every one of them by their unashamed simplicity, captures the joy and sincerity of this most wonderful of seasons. This album provides a perfect peaceful and uplifting antidote to the hectic pre-Christmas rush. 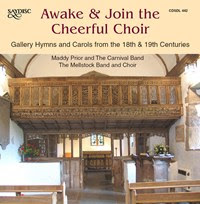 This new release is a bouquet of traditional hymns taken from 18th and 19th century hymnals. These beloved works have been passed down from generation to generation, and remain some of the most sung hymns in churches across the globe. The Mellstock Band & Choir perform music from the Hardy family and Puddletown Church manuscripts using authentic instruments as they would have been performed by a village band in Hardy’s Wessex. Maddy Prior and The Carnival Band were formed in 1984 for a BBC Radio 2 broadcast of Christmas carols. The broadcast became an album, which was enthusiastically received by the public. Each member of the ensemble enjoys their own career, but the group is always happy to come together for a project like this, with opportunities to combine styles and talents. 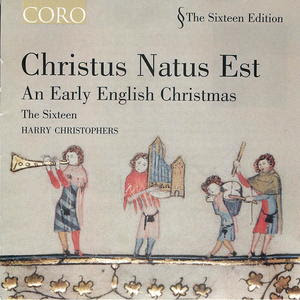 A medley of carols ranging from the demure to the rustic; a simple expression of joy and wonder. Some have an element of dance in them, including some of the ‘Devil’s best tunes given back to God’ in the form of carols. A collection of appropriate medieval instruments, including fiddles, harps, lutes and drums, accompanies the singers.