The Schola Antiqua of Chicago has a new release for Advent, including the world-premiere recording of Pierre de la Rue’s mass (perhaps the first ever) for the newly-declared Dec. 8 Feast of the Immaculate Conception.

NOTE: All of the releases on this program are from recent recordings of seasonal material for Advent and Christmastide. 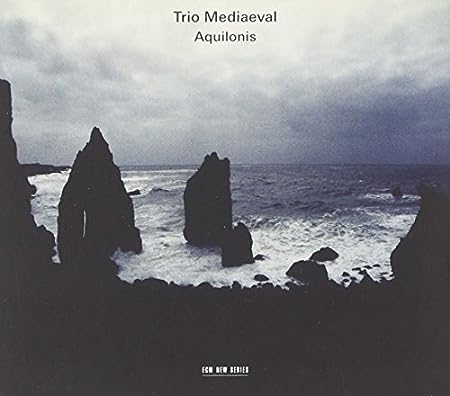 Trio Mediaeval - three Scandinavian women whose singing produces "a sound of extraordinary and consoling beauty," says the Boston Globe - offer a collection of polyphony from the medieval to the modern titled after the North Wind, 'Aquilonis'.

On this recording one can sense a reference in the title to the Nordic roots of the singers, as well as the bracing purity of their voices; moreover, the album's repertoire travels from Iceland to Italy, from north to south like the Aquilonis wind. In creatively realising the music of one Saint Thorlak - who died in Iceland just before Christmas 1193 - Trio Mediaeval accompany their vocals with discreetly textural instrumentation. The group has also arranged 12th-century Italian chant and sings 15th-century English carols, with timeless Scandinavian folk melodies in the air, too.

The album was recorded, like four of Trio Mediaeval's previous five, at the monastery of St Gerold in the Austrian Alps - in June 2014. It's the first of the trio's discs to feature Berit Opheim, alongside Anna Maria Friman and Linn Andrea Fuglseth. 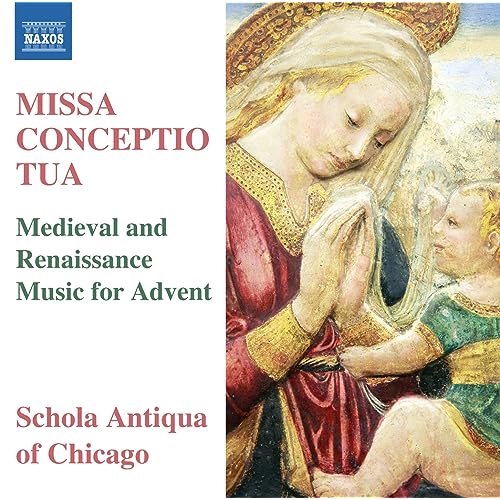 This collection of early music for the Advent season provides a glimpse into the days of anticipation and hope leading up to Christmas during the late Middle Ages and the Renaissance. Pierre de La Rue spent his professional life serving some of the most influential rulers of that time, and the glorious polyphony of his Missa Conceptio tua celebrates the Immaculate Conception in a manner appropriate to the extravagant liturgy of the Habsburg-Burgundian court. The seven O Antiphons focus on the theme of Jesus’s imminent arrival, while the concluding English carols centre on the Virgin Mary’s birth of the Christ child. 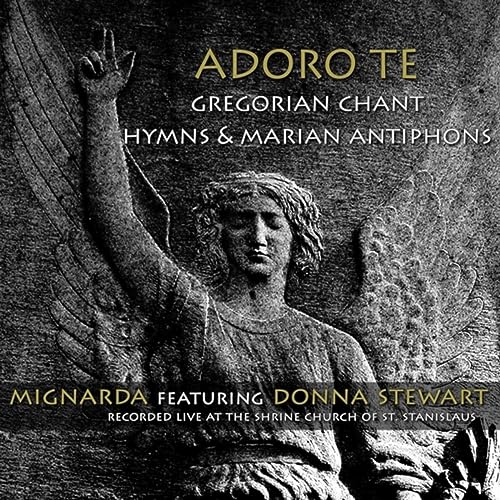 Gregorian Chant is a rare and precious link to our remote past, but as the embodiment of Christian liturgical practice, it is also a living, breathing form of worship still in use today. The vast repertory of chant both describes the outline and fills in the minute details of the cycle of the liturgical year.

Sacred chant heard in a sacred space has a special transporting quality and has moved hearts, minds and souls for the past few millennia. The chant hymns and antiphons selected for this project have special meaning, and we are very pleased to offer this beautiful, contemplative recording to the many listeners who have requested it.

For us, liturgical chant has many facets. We met in a schola singing this music together, and having spent decades singing chant and sacred renaissance polyphony in its liturgical context, we embrace both the spiritual and the functional aspects of the music. However, a working familiarity with chant has also enriched our professional artistry immeasurably, since other genres of early music were liberally laced with quotes from sacred chants, quotes that would have been recognized and appreciated by contemporary musicians and listeners.

For chant more than most music, the sound of the space is part of the music. Recorded live in the warmly resonant Shrine Church of St. Stanislaus in Cleveland, Ohio, we have captured the essence of the music’s devotional character with directness, clarity and a sense of musical purpose informed by two decades of singing chant in its liturgical context. We are delighted to have the opportunity to share the transformative power of experiencing these ancient hymns and antiphons in one of our favorite sacred spaces.