You are here: Home / Playlists / Three New Releases for the Holidays

Christmas with two Cambridge Choirs (Gonville & Caius and Clare) and the Chamber Choir of Ireland. 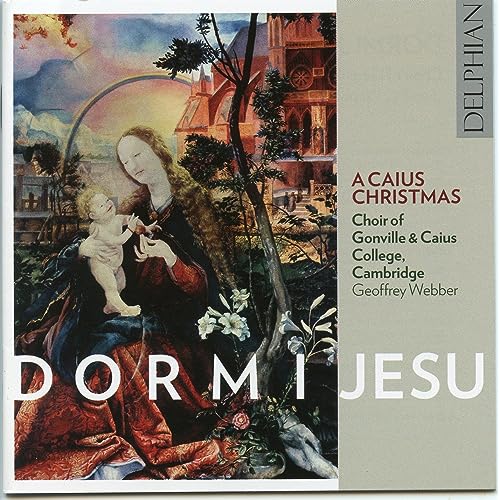 From All Music Guide: Dormi Jesu: A Caius Christmas (the name refers to the Choir of Gonville & Caius College at Cambridge University) is one of a number of recordings by the venerable English university and cathedral choirs aiming to modernize and expand their repertory. The wrinkle here is that most of the music is not English. That may be anathema to the Classic FM listener hoping to experience just a little bit more Empire, but there's no denying that director Geoffrey Webber has put together an innovative program that stretches from limpid traditional carols to the title work by none other than Anton Webern, all without showing any signs of strain or startlement. He manages this by picking pieces of a common straightforward texture, even if not a common harmonic language, and letting the choir do its expert thing. Generally Webber sticks to traditional and Renaissance pieces on one hand and contemporary choral music on the other, but he goes well beyond the usual British music involved in such programs and touches on Poulenc, Giovanni Gabrieli, Sigfrid Karg-Elert, and the not-often-programmed Carl Rütti of Switzerland, whose lovely A Patre unigenitus (track 2) makes a good place to start sampling. The texts are thematically varied, with the naturalness of the musical segue being the main programming idea, and the whole thing makes a satisfying and fresh package. The Delphian label has been doing excellent engineering work with English choirs, and here, working in the Parish Church of St. John the Evangelist in South East London, they achieve superior results.

3.
The Holly and the Ivy, for soprano, tenor, chorus & organ by Matthew Owens

4.
Here is the little door by Herbert Howells

6.
What child is this?, for soprano, chorus & organ by Thomas Hewitt Jones

8.
In dulci jubilo, chorale by Traditional

9.
If ye would hear the angels sing, for chorus by Peter Andrew Tranchell

15.
Make we joy now in this Fest, carol arrangement for chorus (Christmas Carols No. 1) by Sir William Walton
.
16.
Hills of the north, rejoice by Martin Shaw

17.
O magnum mysterium by Giovanni Gabrieli
.
18.
Of the Father's love begotten by Traditional

19.
Cathedral Windows: Resonet in laudibus No. 3 by Sigfrid Karg-Elert
.
20.
On Christmas Night "Sussex Carol" by Traditional 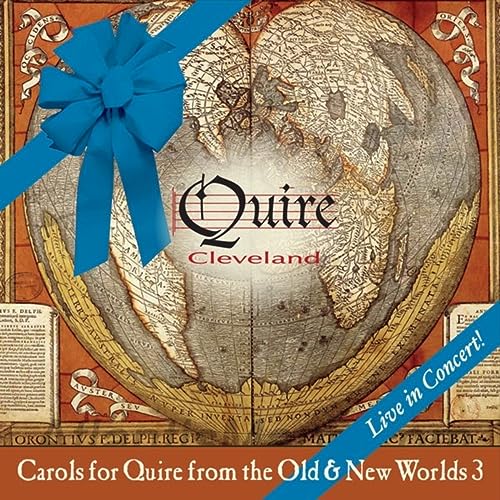 By popular demand, we’ve issued the splendid 2013 concert, where British and American Christmas music from the past 100 years met its match with settings from earlier centuries. Hear “Silent Night” (1818) paired with “In the bleak midwinter” (1906), and 3 settings of “A spotless rose” from the 17th, 20th, and 21st centuries.

Quire’s artistic director Ross W. Duffin has made beautiful and moving arrangements of many of the early settings, to highlight the glorious voices and acclaimed musicality of Quire Cleveland. You’ll be inspired and delighted by the works of such composers as Benjamin Britten, Eric Whitacre, Thomas Tallis, Ralph Vaughan Williams, John Tavener, and Tom Lehrer. 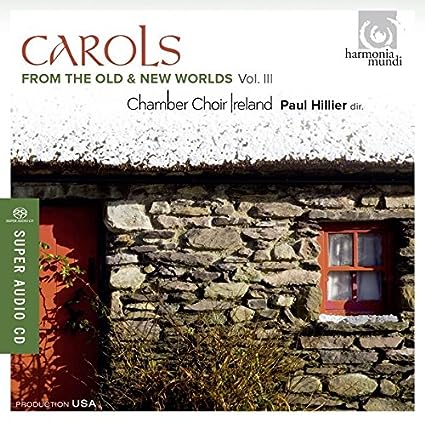 From AllMusic.com: This is the third in a series of seasonal carol releases by veteran historical-performance specialist Paul Hillier, this time working with the 16 fine voices of the Chamber Choir Ireland. For those tired of the rather homogenous sound of the Sixteen, try this for something different. Carols from the Old & New Worlds is an accurate-enough title, although American material (mostly New England polyphony) is distinctly in the minority this time, replaced by some really lovely Irish tunes that the performers take to with relish. The title does not, however, convey the flavor of this release, which is strongly marked by Hillier compositionally as well as in the smooth choral sound, somewhat toned down from the trademark blend of the Hilliard Ensemble, but still recognizable as the product of the same musician. The most distinctive feature is that Hillier rewrites most of the music in some way, adding verses to pieces usually known with just a single verse (he says up front that he went looking for more on the Internet, and he was rewarded with some good information about the persistence of some old traditional carols, like the Piedmontese Gesù bambin l'è nato [track 17]). Elsewhere, Hillier inserts new harmonizations of his own; these move in the direction of Swingle Singers territory, although they don't go that far. Some may or may not go for such treatments, but the whole thing holds together well and seems sure to please those who have enjoyed the earlier releases in the series. Chamber Choir Ireland sounds superb on its home ground of Dublin, at All Hallows College Chapel. 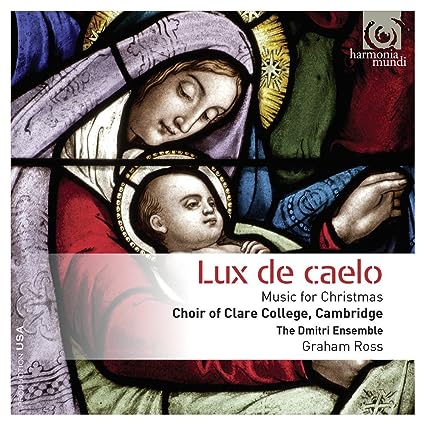 From All Music Guide (James Manheim): This is one of a group of releases by long-established British collegiate and cathedral choirs to update their repertory a bit in the venerable medium of the Christmas album, and it may be the best of the bunch. Director Graham Ross picks a program that shifts stylistic perspectives several times, but is held together by the fact that the pieces are basically all carols (with the possible exception of the final Friede auf Erde of Schoenberg, certainly a desirable inclusion at the moment). Ross' segues are novel and even startling, but the pieces are linked together convincingly: try that from the familiar eight-voice Michael Praetorius setting of In dulci jubilo (track 10) to the modern treatment of the Coventry Carol by Giles Swayne that flows. The program stretches from traditional tunes through Bach, Mendelssohn, Schoenberg, and Webern to John Rutter, happily coexisting with the more atonal stuff; it's really a grand survey of what the idea of the Christmas carol has meant over hundreds of years. The Choir of Clare College, Cambridge, fluctuating here between about 20 and 27 voices, has a clear, appealing sound, and the small Dmitri Ensemble is of a piece with the singers. A major winner in the British holiday album genre.