You are here: Home / Playlists / Flights of Imagination

Ancient Scandinavia, Armenian liturgy, and a reimagining of Orpheus.

Soprano Isabel Bayrakdarian is internationally recognized for her shimmering voice and her accomplishments on the stage and the screen. For her newest project, she has chosen to create a hypnotic album of Armenian sacred music, beautifully displaying a spiritual aspect of her musical persona. This project was conceived by Bayrakdarian as a gift to God for sparing the life of her mother. The whole album is a family affair- her husband arranged the works, her brother plays ceremonial percussion, and her two sisters join her to form a vocal trio on several of the tracks. “The evening really belonged to Bayrakdarian, the satin beauty, whose voice carried all before it. No, that doesn’t say it all: Her voice is one of the most engaging and congenial in the world today.” 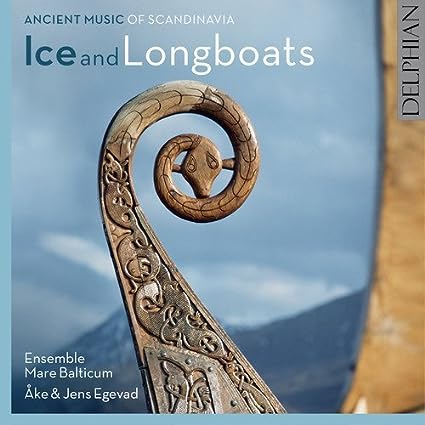 Scandinavia’s archaeologically known prehistory encompasses around twelve thousand years, culminating in the Viking period (c.800–1050AD). The Middle Ages then followed, around six hundred years later than in continental Europe – a late development due to the long period in which ice still covered Europe’s northern parts. Volume 2 in Delphian Records’ groundbreaking collaboration with the European Music Archaeology Project constructs a soundscape of these two periods, featuring both music improvised on Viking instruments, and notated songs and instrumental items from the early centuries of Christianity in Scandinavia.

EMAP brings together partners from seven European countries to research, explore and bring to life the music of ancient cultures, from 40,000 BC to the present day. Through a series of
international exhibitions, visitors will also have the chance to see and touch these intriguing instruments, allowing us to understand more fully the crucial role played by music in ancient societies.

A unique retelling of the Orpheus myth drawing on Baroque music and folksongs from South America to Sicily, with a real-life Orfeo – the blind Argentinean singer-guitarist Nahuel Pennisi – in the title role. The resulting opera composed and arranged by Christina Pluhar reveals the mysterious shamanic side of the legendary musician who ventures into the underworld for love. The album is accompanied by a bonus DVD: the complete filmed performance of the vibrantly staged opera at the Teatro Mayor Julio Mario Santo Domingo, Bogotá, Colombia.

From AllMusic.com: The ancient Greek myth of Orpheus and Eurydice has had rich resonances in the modern world, ranging from balladry to the play by Vinícius de Moraes and its spectacular film adaptation. The latest entry into this tradition is Orfeo Chamán, composed and led in performance by theorbist Christina Pluhar. Like Moraes, Pluhar sets her Orpheus story in Latin America and draws on non-European belief systems: in Moraes' case Afro-Brazilian, in Pluhar's pre-Columbian. The work's title means Orpheus Shaman, and instead of going to the underworld to search for his Eurydice, he enters a world populated by the souls of inanimate objects. Although it's been called an opera and has been staged as one, Orfeo Chamán only occasionally reflects the action of the text, by Colombian poet Hugo Chaparro Valderrama. Instead, the work consists of a series of set pieces with little climaxes of strong emotion; "cantata" would be a better word for it. There are four solo parts, for Orpheus, Eurydice, Orpheus' half-brother Aristaeus, and a nahual, a figure in South American beliefs who can accompany a human visiting the spirit world. Most interesting is the mix of genres in Pluhar's music, which somewhat resembles the combination of Baroque and popular materials in some of Jordi Savall's recordings, but consists entirely of original material except for a few traditional dance tunes. This is an accomplishment in itself; you might easily think you were listening to material hundreds of years old, and the range of music Pluhar has mastered is impressive. The accompaniments, from ensemble ground bass pieces to simple folk harmonies, are likewise strikingly varied yet coherent. The end result is a work that catches the ear and then stays in the brain as you begin to appreciate just how difficult it was to pull off.