You are here: Home / Playlists / Italian Roots of the Baroque, continued

The inspiration from the humanistic circle of Galileo’s father (including his brother’s own lute work), and harpsichord composers inspired by the new humanism. 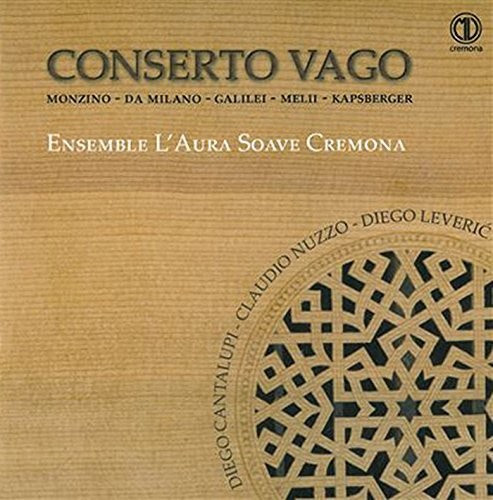 The "L'Aura Soave" ensemble was born in 1995 out of the union of musical and musicological experience and competence of a few musicians and singers, in the surroundings of the Cremona School of Musical Palaeography and Philology.
The ensemble play period instruments or exact replicas and following the performance techniques appropriate to their chosen repertoire they pay close attention to the practices of the period. This choice was however not perceived as an aim but as a way of getting back to an Italian vocal and instrumental tradition based on "belcanto" and inventive performance.
They have taken part in numerous festivals and shows, including in October 1999, by invitation from the Gulbenkian Foundation of Lisbon, performing Frescobaldi's Motets in their entirety and Salomone Rossi's Psalms at the Ancient Music Week in the 1999/2000 season and performing at the XXVIII edition of the Claudio Monteverdi Festival in Cremona with Emma Kirkby and Sophie Daneman.
L'Aura Soave has to its credit many CD's, all of which are world first recordings of previously unpublished pieces of music. They show a particular preference for composers from Cremona.
Ensemble L'Aura Soave Cremona plays repertoire from the 16th & 17th century on this new release from MVC. This music was ahead of it's time as a good part of the repertoire for two lutes in the next century would still call for one lute to play a fast, agile line, and the other to support it harmonically through the use of chords. Girolamo Kapsberger's Gagliarda and Bergamasca are particularly advanced and are great examples of these lyrical, agile pieces.
—Francesco da Milano: Raffello Cavalcanti’s Lute Book, 1590
-Canone
-Spagna
—Milano & Johannes Matelart: Intavolatura del lauto, Rome 1559
-Fantastia V
—Bernardo Monzino: Il Fronmino, Venice 1584
-Contrappunto secondo
—Vincenzo Galilei: Il Fronmino, Venice 1584
-Fuga
—Bernardo Monzino: Il Fronmino, Venice 1584
-Contrappunto primo
—Simone Molinaro: Intavolatura del lauto, Venice 1599
-Ballo detto ‘Il Conte Orlando’
—Pietro Paolo Melii: Intavolatura del lauto libro IV, 1616
-Ballo detto ‘L’ardito gracioso’
—Anon. : Conserto vago di balletti, volte, corrente e gagliarde con la loro canzone alla francese, Rome 1645.
-Balletto/Volta/Corrente/Gagliarda/Canzon Franzese
—Girolamo Kapsberger: Libro III di Chitarrone, Rome 1626
-Com esser puo/Toccata IV/Gagliarda
:Libro IV di Chitarrone, Rome 1640
-Bergamasca/Canario 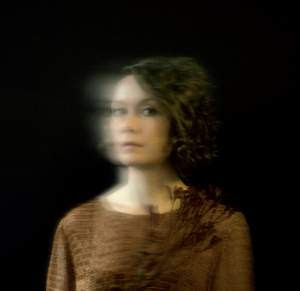 At the turn of the 16th into the 17th century, humanists and classicists based mainly in Florence drafted new ideals for music and performing arts. They preferred monody, a single voice speaking-singing that would touch the listener in a way defined in the words; for them music must be in the service of the text, thus conveying contrasting emotions as effectively as possible. The harpsichord music on this album bears the same ideals of monodic expression of contrasting emotions, albeit without lyrics. It is speech without words, emotional recitative on the keyboard. Harpsichordist Marianna Henriksson graduated from Sibelius Academy, Helsinki, and achieved Konzertexamen at Universität der Künste, Berlin, under the tuition of Prof. Mitzi Meyerson. Henriksson performs internationally as a soloist and as a member of many different ensembles. She takes a special interest in interdisciplinary collaboration. This is Marianna Henriksson's debut solo recording.

From Fanfare: Michelagnolo Galilei (1575–1631) studied the lute with his father, Vincenzo, and spent much of his active professional life in service at the Munich court of Maximilian I, Elector of Bavaria. His career there appears to have gone considerably more smoothly than his personal relationship with his older, argumentative brother, Galileo. Money was always an issue, especially with a large family and a high cost of living. Galileo felt he spent too much on the publication of his lute music, but Michelagnolo, touched on his artistic pride, defended what he had written as worth sending out to the world.

It is suavely urbane, not exactly what one expects from the son of a man who forcefully mocked in print Gioseffo Zarlino’s pedantic dismissal of dissonance. But Michelagnolo would appear to have targeted an audience that preferred the French lute style, technically and expressively, to the more complex, sharply impassioned Italianate approach. He does on rare occasion in his toccatas move into an area of lofty melancholy, and the phrasing in several of his voltas playfully emphasizes the offbeat. But for the most part, the lute music gathered here is of the kind that charms with its simple tunefulness, its clean, two-part writing, and its elegant divisions.

Anthony Bailes illustrates the difference between Italian and French approaches in this music by adding five selections by Vincenzo. Polymnia will of course be best known, thanks to its inclusion in Respighi’s Ancient Airs and Dances , but several of the others illustrate better the more complex meters and sudden harmonic shifts of the Italian manner in lute music. These both contrast and complement the rest of the album.

As to Bailes himself, he studied first with the renowned Diana Poulton, and later, with Eugen Müller-Dombois. His tone is as clean as Galilei’s writing, and mercifully free of all attempts to ruminate and make too much of these simple, straightforward pieces. His phrasing is flexible and flows well, his tempos are energetic. Vincenzo’s more elaborate music is played with similar authority, and a suitable range of color. The sound, too, is excellent: close but slightly resonant, with no mechanical noise.

Definitely recommended. Those who seek greater complexity may want to seek out the music of Giovanni Kapsberger or Francesco da Milano, but there’s much to be said in favor of these pleasant miniatures, so deftly played.