Preservation of this program is made possible by a generous grant from Wendall Wilson.

From ArkivMusic: Tom Moore gave a warm welcome to Philadelphia-based Piffaro's first Archiv recording (devoted to Italian music) in Fanfare 19:4, and I'm more than happy to endorse his enthusiasm here. Even before hearing the disc it was a relief to discover from the insert listing that this is a group that for once recognizes that the “loud“ double-reed Renaissance wind ensemble (shawms and sack-buts) is a separate entity to the “quiet“ recorder ensemble. By preserving the clear distinction Piffaro not only avoids the inevitable problem of unmusical solecisms but has also produced a varied and well-balanced program.

The selection draws on three genres. Firstly we have arrangements of popular French chansons made by the pioneering Venetian
publisher Petrucchi (Josquin) and innovative anthologist-publishers such as Pierre Attaignant and Susato. To those are added a couple of transcriptions of more strictly polyphonic works by Willaert and Jean Maillard, while at the other end of the spectrum come popular dance tunes of the day from collections that include a suite culled from Jacques Moderne's important and wide-ranging Musique de Loye (ca. 1550). In several instances Piffaro has produced its own arrangements of dance tunes, not, I think, totally avoiding the familiar problem of introducing a shade too much twentieth-century sophistication in the process. But it would be not only churlish but absurd to be po-faced and purist when the playing of these seven splendid musicians is so professional and so full of zest. Above all there is a sense of sheer enjoyment in these performances that evokes memories of David Munrow's early Music Consort of London in its heyday.

Recording, notes, and presentation (all the sources are meticulously listed) fully match the very high level of the music-making. 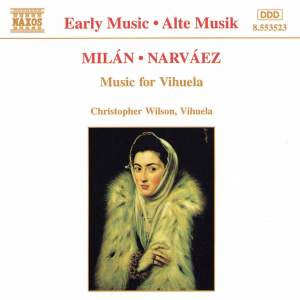 From Amazon.com: This Naxos "Early Music" release features Christopher Wilson on vihuela which is a string instrument similar to the lute. This CD contains music from two early Spanish composers where the vihuela was all the rage in court circles. Both composers wrote in the traditional fantasia, but their styles are completely different. The liner notes state that Milan who was a professional musician wrote in a style which seemed to be improvisational but was in fact well planned while Narvaez seemed to stretch the range of the instrument taking it to new levels.
This CD is not just a musical rarity of interest only to people who love early music but should belong in every collection. The melodies are hauntingly beautiful.

From Gramophone: ''The Winged Lion'' claims to celebrate early Venetian instrumental music. The Palladian Ensemble offer characterful performances that aim above all to make compelling musical statements. It seems increasingly that the trend among younger ensembles is to market the exotic qualities of early music, leaving aside the trappings of scholarship with which it has generally been associated. Any research into the editions and performing practices is kept well in the background—so much so that only the very well-informed will know for sure where the lines between historicity and interpretation have been drawn. We are not, for example, told that a number of the works on this CD were composed for instruments different from those used here. Neither are we told that some of them have no real connection with Venice. Nor is the music grouped in any sort of obvious order or exclusively from the beginning of the seventeenth century, as the booklet implies.

The Palladian Ensemble are extremely confident and artful musicians, and they play very well together. they are at their best as an ensemble of individuals. The Castello sonata with which they begin offers a perfect example of their approach: the quick sections sprightly and tartly articulated, the slower sections rhetorical, everyone has at least one moment to shine as a soloist, not least the theorboist William Carter, who accompanies divinely. Cavalli's Canzon from his Musiche sacrae of 1656 is performed with sensitivity and the little ground-bass section four minutes into it is sublimely realized, although an organ (called for by the composer) might have added an appropriate gravitas.
It should be pointed out that G. B. Vitali worked in Modena (where his Op. 7 was published in 1682) and probably never set foot in Venice. The Ciacona was originally scored for two violins and violone with spinet—which is not to say that it isn't successful on recorder, violin and cello with guitar. The booklet writer remarks in particular on the vogue for guitar in Venice, hence the inclusion of two very slight guitar solos by the mysterious (and probably not Venetian) Santiago de Murcia (fl.1700). G. B. Buonamente was a violinist who worked in Mantua, Parma and Vienna, but not Venice, although he did publish his 1626 collection there. The Palladian Ensemble bring his suite off with strong contrasts of sweet lyricism and highly articulated dotted and syncopated rhythms.
Marco Uccellini, also a violinist, pursued his career in Modena and later Parma, like Buonamente, he published his music in Venice. Rachel Podger performs the Sonata quarta (Op. 5) with due poise and virtuosity, accompanied by the theorbo. She and Carter are joined by the recorder player Pamela Thorby and the cellist Joanna Levine for the last three items, based on popular tunes (published in 1645, not 1642); these works have been recently recorded by Nicholas McGegan's Arcadian Academy on two violins (with cello, keyboard and guitar, Harmonia Mundi, 7/94). Thorby's commanding tone, in which hardly a tremor of vibrato is allowed to intrude, changes the balance in these works, which is clearly just the effect Vivaldi wanted in RV84 and RV100 (which, incidentally, calls for bassoon as the bass instrument). RV84 is a trio sonata, not a concerto, although the flute part is soloistic and the violin part ripieno-ish. The concerto character is again evident in the contrasting slow movement for flute and cello alone. 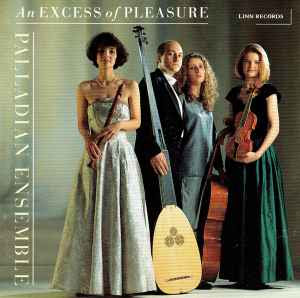 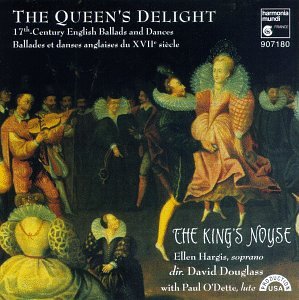 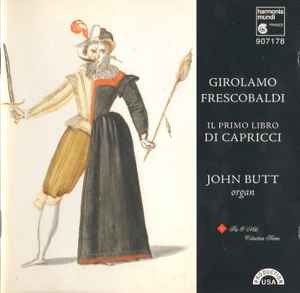 Weiss, S: Ciaccona in A major