You are here: Home / Playlists / The Silk Road: The Orient & the Mediterranean

Carlos Magraner continues his boxed-set collections with a journey from Tang Dynasty China across the Silk Road and into Spain.

N.B.—All of the music on this program is from the boxed set of the latest from Carles Magraner,  La Ruta de la Seda   It is on the CdM label and is CD 1743. 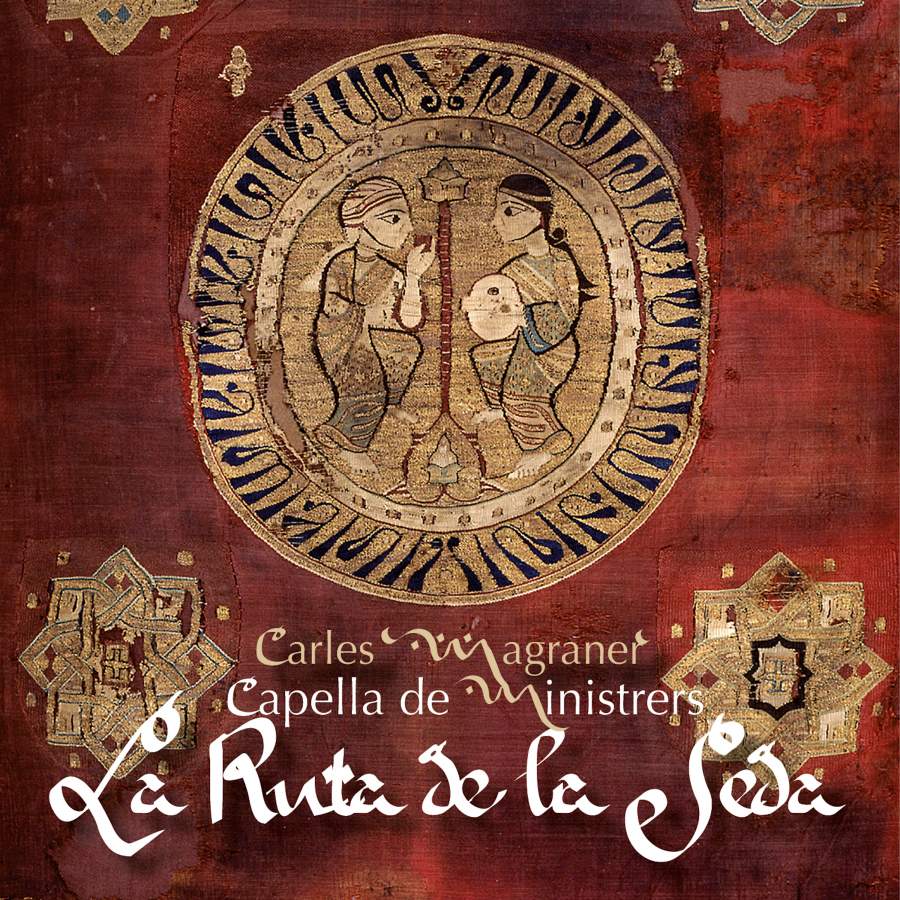 The Silk Road is one of the most remarkable achievements in the history of civilizations. Along this great Silk Road travelled not only the traffic of trade, but also the cultures of nations, spiritual values and religious ideas. Silk has been one of the ways around which has turned the relationship between nations of the East and West, and through silk a technological, economic, artistic and cultural communication has been produced between geographically-different areas, which have turned it into a route of transmission of knowledge, a route of interchange of cultures and customs.

Human beings have always moved from place to place and traded with their neighbours, exchanging goods, skills and ideas throughout history. These vast networks carried more than just merchandise and precious commodities however: the constant movement and mixing of populations also brought about the transmission of knowledge, ideas, cultures and beliefs, which had a profound impact on the history and civilizations. Travellers along the Silk Roads were attracted not only by trade but also by the intellectual and cultural exchange that was taking place in cities along the Silk Roads, many of which developed into hubs of culture and learning. The Silk Roads, also routes of dialogue, illustrate the transformative dimension of the collective and individual interactions, which generated the considerable common heritage alongside Silk Roads. These Roads shed light on the complexities of the mutual influences and provides a good framework to better understanding the modalities of intercultural dialogue and the plural identities in different parts of the world. This idea is essential to facilitate the dialogue between East and West, to facilitate exchanges of experiences and develop a common understanding of various aspects of this history through the concept of interculturality, common heritage, cultural diversity and plural identity.

Now, Carles Magraner proposes a Silk Road musical landscape, a travel from Orient to Occident, to the expansion of cultures and the dialogue between them, a journey from the 9th century until the 15th century. In this sense, this project promotes the past common intangible cultural heritage that early music is, contributing to the promotion of mutual understanding, intercultural dialogue, reconciliation through cooperation among nations and people by recovering and sharing this Silk Roads common heritage. Because the musical legacy, due to its without-borders language, is the result of diversity and dialogue, enriched through the contact with others cultures.

This proposal leads to songs originally from China and India to travel to the Middle East, Asia Minor, Byzantium, Syria, Persia, Mesopotamia, Egypt, Sicily, North Africa and Spain (Valencia). Hence the 13th century and the first news about silk production in Valencia, the woven purple and gold from the Byzantine tradition and roots of Muslim veils. The magister purpurarum Ali Allaurí opens the Christian musical repertoire of the Crown of Aragon. Also those songs related to Palermo, a city similar to Valencia in their concessions of royal privileges in 1257 by Roger the 2nd, and once conquered Sicily in favor of Muslim artisans of Corinth and Thebes. Already in the 13th century medieval fairs of Lucca, Sardinia, Montpellier, Champagne, Barcelona, England and Valencia met the best silk exporters, as is reflected in the provisions of the Llibre de Privilegis of the mustaçaf of Valencia, compiled in 1371.

Silk Road - Orient & Occident aims the equal dignity of cultures, the diversity and pluralism of civilizations, contributing to professional and social inclusion of 20 specialist musicians on early music repertoire from many different Silk Road territories such us China, Egypt, Maghreb, Europe and Iran; with musical repertoire of the Three Cultures and from China, India, Persia, Turkey, Egypt, Maghreb, Spain, Italy, Greece, Ottoman, Thessaloniki and France.

The mutual influences and the common heritage makes possible to reinforce the learning of leaving the musicians together beyond diferences. The UNESCO’s Silk Road principles of “Dialogue, Diversity and Development” take part in this project as its fundamental raison d’etre. A musical journey across the Silk Road territories, beyond borders. A total and unique experience to share this common heritage to the big audience, rescuing the past to be brought to the present from its universal language.

I - Serinda or the Country of the Seres

From the land of silk in the Far East to Constantinople, the capital of the Byzantine Empire

II. The arrival of Al-Andalus

The Muslim conquest of the ancient Silk Road

The Art of Silk travels from Byzantium to the northern Italian cities: Venice, Florence and Genoa

Heirs of the Muslim tradition throughout the Christian Mediterranean

VII. The Crown of Aragon

Silk in the 15th century in the Crown of Aragon: the silk company of Barcelona, the Art de Velluters and the Lonja de Valencia