Holy Week lessons from Couperin, a rare Requiem from Sicily, and music for The Man in the Iron Mask.

NOTE: All of the music on this program is from recordings featuring music from the late 17th and early 18th centuries. 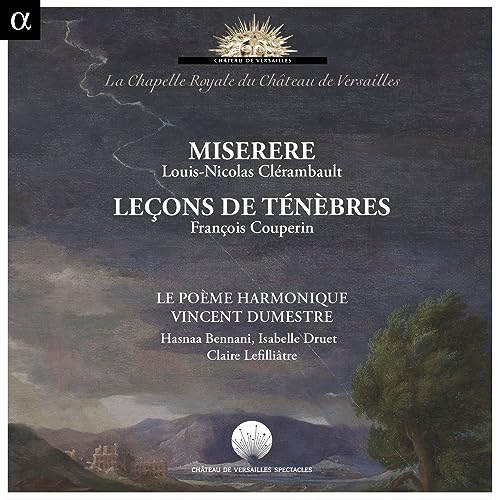 From Gramophone -At their sublime best, Le Poème Harmonique’s recordings are so singular that comparisons with other performances of the same repertoire aren’t relevant, so much has this early music group evolved into something that follows its own expressive rules that may be solidly based in current musicology precepts but never feels restricted by them. Les Arts Florissants have more exterior sheen; Les Demoiselles de Saint-Cyr, in the Clérambault Miserere, an attractive soft-focus quality in a 1993 Virgin recording that predates the one-voice-to-a-part performance practice that has swept through the early music world. Le Poème Harmonique offer their trademark blend in which each of the three voices here sound like extensions of each other, yielding clarity that’s particularly revealing in the dissonant tension in Clérambault’s more intense tone-painting while also projecting a gravity that past generations generated with larger vocal contingents.
The piece can lose credibility in moments of seemingly forced levity that now come off like a bald attempt to ingratiate. But the distinctive acoustic of the Chapelle Royale at Versailles (where this was recorded) is an atmospheric factor reminding listeners not to impose modern notions of solemnity upon this 18th-century music. In any case, the intense humanity of the singing becomes a unifying factor in the piece.

Though I’ve rarely heard a recording of Couperin’s Leçons de Ténèbres that I didn’t want to hear again – so much does it inspire the best efforts of its performers – this one stands with the best (including Emma Kirkby’s, made years apart, first on L’Oiseau-Lyre and then on BIS), the strengths being the purity and accuracy of the vocal lines and a sense of how forward-looking the music must have sounded in its own time. The body of each Leçon establishes a certain harmonic playing field familiar to anyone who knows the French Baroque, though this recording underscores the composer’s rhapsodic departure from all of that when announcing each verse with the Hebrew letters, with music that can waft towards the Holy Land with hints of Middle Eastern influence. 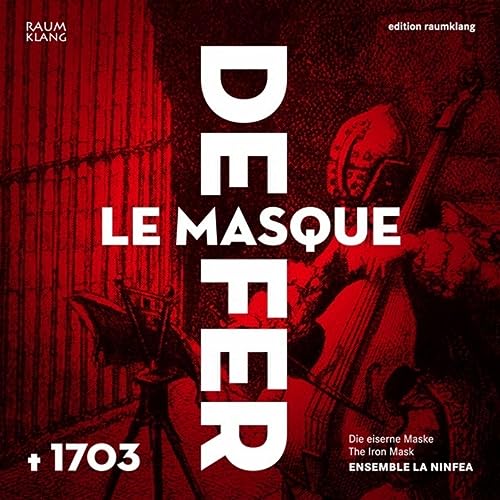 On November 19, 1703, a prisoner died in the Bastille in Paris – he had spent more than thirty years of his life there, in a maximum-security cell, where he was forbidden to speak, especially about his origins and his past, and forced to hide his face behind a mask. In 1687, eleven years before his transfer to the Bastille, he is described in an account of his transportation from Exiles to Sainte-Marguerite: “Monsieur de Cinq-Mars [sic!] has, by order of the King, transported a prisoner from Pignerol to the island of Sainte-Marguerite. No one knows who he is; there is an interdiction against speaking his name and an order to kill him, should he pronounce it [...] His face behind a mask of iron and steel, he was bound to the palanquin, and all that we know from Cinq-Mars is that the prisoner spent many years in Pignerol…
Information about the prisoner's condition is inconsistent: some sources say he was a servant, some that he had his own servant (in prison!). The latter option supposedly made it possible for him to receive books and hear or play music. What kind of music that may have been, and what kind of music can best illustrate the situation of a longterm prisoner, were the questions that inspired this recording. The young ensemble La Ninfea (whose members include Barbara Heindlmeier, recorder, and Marthe Perl, viola da gamba) has attempted to imagine itself in the situation – the isolation and the anguish, but also the joyful moments – of the famous prisoner. And thus, alongside the melancholy loneliness, the music also reflects the multifaceted spirit of that ostentatious epoch. Sometimes it also tells of that what found its way to his ears in the prison: church bells (cloches), human voices (les voix humaines), or the echo in the corridors.

Dated 1650 and 1653 respectively, the Requiem Masses by Mario Capuana and Bonaventura Rubino are apparently the only two Requiem settings composed in Sicily during the Baroque period. Capuana’s work is imbued with the intense emotion of the madrigal school whilst Rubino’s is a true apotheosis of Renaissance polyphony. The Namur Chamber Choir, founded 1987, champions the musical heritage of its native region while at the same time tackling the Great Works of the choral repertoire. In January 2010, the Argentinian conductor Leonardo Garcia Alarcón was appointed the Choir’s artistic director.