The Phantasm Ensemble gives us William Lawes, The Spirit of Gambo looks at John Jenkins, and the Flautadors celebrate the Elizabethans. 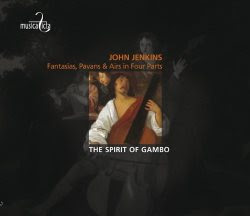 From ArkivMusic.com:This isn’t the first time that this ensemble has recorded the music of John Jenkins. Their 2011 disc devoted to his consort music in four parts was released on MF8011, and now they return to him, this strange-sounding band whose name sounds like a Victorian illusionist or a tribute act. The ensemble is five strong and flexible, and two of the players double, thus they play two treble viols, two tenor, and two bass, in varying combinations, with organ. They sound supremely attuned to Jenkins’s aesthetic, which is predicated on flowing expressive lines and an elegance of counterpoint. It's quite unlike the music of his more abrasive and avant-garde near-contemporary William Lawes.

Half the programme consists of a well-programmed sequence of Fantasias whilst there are also three Airs and three Pavans, and a single Galliard. Two things are especially noticeable about the performances. Firstly, the tempi are entirely natural-sounding, flowing but never rushed, and ensuring that articulation is precise but never fussy. Second, one notices the rich consort sound which is, to a large extent, due to the timbre of their instruments, made by Gesina Liedmeier. They and the bows are based on appropriately seventeenth-century models. I should also add that the excellence of the instrumentalists is, obviously, a significant factor too. Jenkins’s Fantasias are gracious and refined, but also show elements of prevailing melancholy – such as in Fantasia XXVI – and a judicious employment of counterpoint. The settings in which the organ is employed – and there are six altogether in a recital of fourteen pieces – are the most interior. The Pavan XXVII is a particularly good example of Jenkins’s discreetly plangent expression, never as doleful as Dowland, never as experimental as Lawes, but charting his own balanced course. Programmatically it makes sense to follow it with the more ebullient side of his musical character, richly reflected in the Fantasia XV, in C.

You can gauge how sympathetic you will be to the sound-world produced by The Spirit of Gambo in a piece such as Pavan IX, where the expressive lower two bass viol voices are contrasted with the more limpid treble viol. This lends distinction throughout, not least to the noble gravity and timeless quality enshrined in the Pavan in D, one of the most magnificent of the settings in this programme.

These first-class performances have been sensitively recorded in the Doopsgezinde Kerk, Haarlem, a frequent venue for early music. In every way this ensemble, with its odd name, is turning out outstandingly good discs. 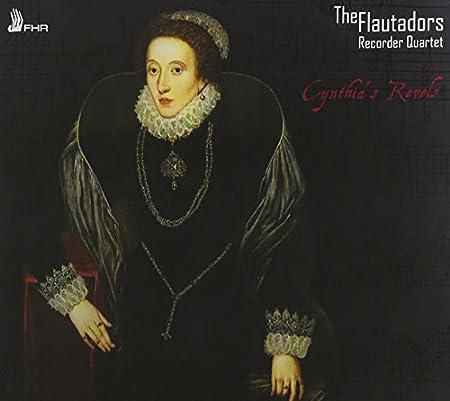 Music from Elizabethan England featuring Fantasias by the great William BYRD, Anthony HOLBORNE and Alfonso FERRABOSCO II, the beautiful Lachrymæ pavane by John DOWLAND, lively dance music by Thomas MORLEYalongside lesser known composers Elway BEVIN and Hugh ASTON. Performed on a beautiful renaissance consort of recorders made by Thomas Prescott after 16th century instruments in the Vienna Kunsthistorisches Museum. This album gives a fascinating glimpse into courtly life during the reign of Queen Elizabeth I.

Christopher TYE
16. In Nomine XI, 'Farewell my good one, for ever' * 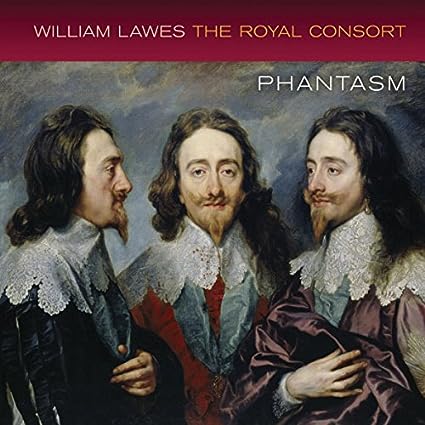 Described as ‘one of the greatest collections of ensemble dance music ever composed', Lawes' Royal Consort is full of astounding moments of striking musical invention. Guest musicians Elizabeth Kenny on theorbo, Emily Ashton on tenor viol and organist Daniel Hyde join Phantasm to honour the celebrated English Renaissance composer. This sublime collection boasts a range and depth of expression, which excites both mind and body through Lawes' startlingly individual pieces.

This recording is the first complete recording of Lawes' version of the Royal Consorts for four viols and theorbo. Phantasm, under the direction of Laurence Dreyfus, presents a passionate and insightful look into this adventurous music. The result is a rich and warm recording of technical brilliance that takes the listener deep into the harmonically rich world of Lawes.

Phantasm's previous recording of Lawes, Consorts to the Organ, was both a Gramophone Awards finalist and a BBC Music Magazine Award nominee in 2013.

From The Guardian: The viol music of William Lawes (1602-1645) is like nothing else: weird phrase lengths, irreverent weightings and rogue, sumptuous harmonies that will make you gasp out loud every time. Sometimes he seems to repeat a snatch of melody simply because it’s too gorgeous not to, which must have caused havoc for anyone actually trying to dance to his music. The Royal Consort comprises 10 sets (or “setts” in the 17th-century lexicon) composed for the court of Charles I, and recorded here for the first time in their complete original versions for four viols and theorbo. In his sleeve notes, treble viol player and Phantasm director Laurence Dreyfus makes the point that “Lawes composes his parts as if the performing musicians are themselves dancing”. It’s a brilliant starting point, and the Phantasm players really run with it: twist after turn of lapping, pliant lines and spirited counterpoint, all done with a real sense of swing. The ensemble sound is luxuriantly rich, powered by Elizabeth Kenny’s feisty theorbo strumming.