In honor of the Choir's multi-city tour in the second half of April 2015, we have a special program looking at past recordings of early music by the ensemble introduced by their music director, Andrew Carwood.

NOTE: All of the music on this program is from recordings featuring music by the Choir of St. Paul’s Cathedral directed by John Scott. Their current director, Andrew Carwood, was our guide for the program. The Choir tours the US in April, 2015; for more information: 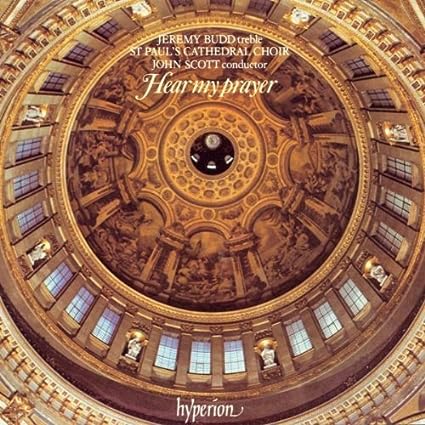 This recording features St Paul’s Cathedral Choir at the peak of their power, performing a yearning sequence of liturgical works that includes some of the best-loved choral works of all time: Mendelssohn’s Hear my prayer (‘O for the wings of a dove’), an excerpt from Brahms’s Ein deutsches Requiem, and Allegri’s Miserere. Twentieth-century ‘mystics’ Jonathan Harvey and Sir John Tavener are both represented, and the album reaches a crescendo through the expansive writing of Stanford in G and the joyously declamatory Te Deum by Benjamin Britten. 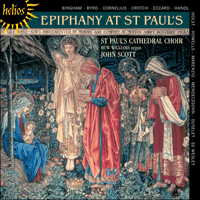 Hyperion's long series of St Paul's recordings is graced by this latest addition dedicated to music for Epiphany, a companion disc to Advent at St Paul's. In the Christian Church year, Epiphany is the period after Christmas commemorating the manifestation of Christ to the Magi, celebrated on 6 January.

The programme embraces music from the sixteenth to the twentieth century, from Bach to Bingham, and includes many long-established favourites by Wesley, Cornelius, Howells and others. 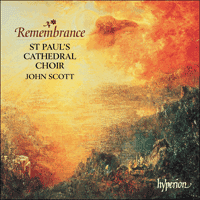 Let us never think that history has come to an end—or even a pause. There may never recently have seemed so apt a time at which to voice remembrance as these difficult days of ours; this touching and soul-searching disc can only bring to mind the timeless as well as necessary nature of prayerful yet positive music such as has been gathered by John Scott in the latest offering from the St Paul's Cathedral Choir, whose surveys both of Psalms and Anthems have established them as inspirational and experienced exponents of this deep resource of devotional music. A particular pleasure on this occasion is the way in which the music has been taken from so many traditions and eras, right to our own day and including Ian Kellam's homage to the victims of 11th September, 2001, so that it provides a moving overview of a choral tradition which itself has had no pause.