You are here: Home / Playlists / Three More from Harmonia Mundi

Madrigals and motets around 1600, 17th century English ayres and songs, and the latest from Les Arts Florissants...

NOTE: All of the music on this program is from the Harmonia Mundi label. For more information: 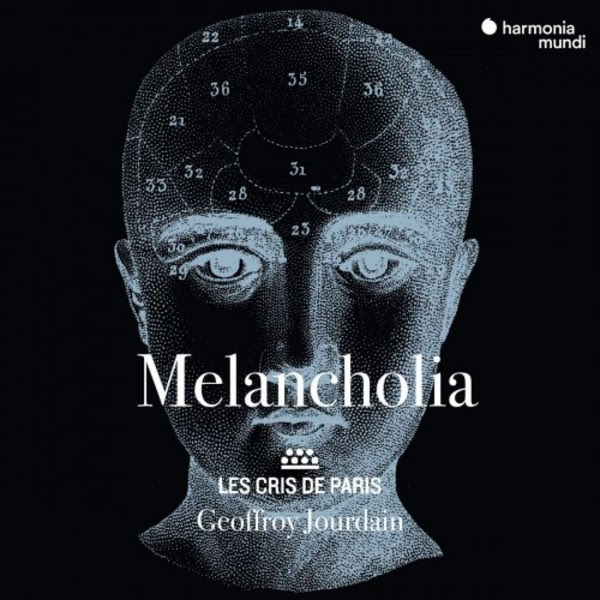 In the chiaroscuro of a cabinet of musical curiosities at the turn of the 16th and 17th centuries, ten singers set out to discover works of avant-garde, representative of a genre which allows the most daring experiments.

Filled with fear and guilt, Carlo Gesualdo – the inspiring figure of this programme – embodies all the dark and enigmatic parts of the ultimate hours of the musical Renaissance.

Like him, Orlando Gibbons, William Byrd or Luca Marenzio favoured the expression of melancholy and despair in order to write incredibly modern motets and madrigals, real laboratories of harmonic and vocal innovations.

Come to me, grief, for ever
Lullaby, my sweet little baby
Tristitia et anxietas

What is our life?

Too much I once lamented

O care, thou wilt despatch me

The circulation of artists and sovereigns between France and England in the 17th century resulted in the establishment of highly original genres in England. The first recitatives, large-scale airs from masques and dramatic 'scenes' provided fertile ground for experimentation and prepared the way for the birth of semi-opera. Sébastien Daucé explores this English vocal art in a program tailor-made Lucile Richardot, one of today's most fascinating voices. In the exquisite setting provided by Ensemble Correspondances, subtly blends music, love, night and melancholy.
From Gramophone: The title may be ‘Perpetual Night’ but there’s absolutely nothing gloomy or unremitting about this delicious disc and its chiaroscuro play of shading and texture. In a programme of 17th-century English lute songs, airs and dramatic scenes, mezzo Lucile Richardot, Sébastien Daucé and Ensemble Correspondances take their listeners through a restless night of grief, despair and troubled sleep before morning comes, and with it music that charms the senses once again into delight.

But it’s the album’s parallel, historical narrative that is, if anything, more interesting. Mining the neglected period between Dowland and Purcell for its musical interest, Richardot and her collaborators explore the French influence that helped take vocal music from court to commercial theatres, birthing that most English of musical genres: semi-opera.

Promoted from supporting act to main event, works by Lawes and Locke, Robert Ramsey and John Banister reveal rather startling musical secrets. The bold dissonance and volatile harmonic shifts of Lawes’s ‘Music, the master thy art is dead’ and ‘Whiles I this standing lake’ are painted with Caravaggio-like depth by Richardot (such a compelling Penelope in John Eliot Gardiner’s touring Ulisse, whose inky tone combines the best of countertenor brilliance and mezzo earthiness), while the Judgement of Paris is vividly dramatised in John Hilton’s ‘Rise, princely shepherd’, and operatic energy absolutely bursts from Banister’s ‘Amintas, that true hearted swain’.

The 12-strong instrumental ensemble (who elevate this recording with the embroidered detail, variety and palimpsest-shading of their accompaniments) are also enriched by a fine quartet of singers, who take consort song close to arioso in Robert Ramsey’s expansive setting of Herrick’s ‘Howl not, you ghosts and furies’, taking chamber music right to the brink of staged musical drama.

Lawes and Locke may never quite have Purcell’s pulling-power on a recording but that disparity has rarely sounded more misplaced than it does here.

A sophisticated composer, Brossard also left his mark thanks to the extraordinary collection of music manuscripts he amassed over the course of his life. Preserved for posterity when he catalogued and handed it over to the royal library in 1724, the compendium contains an impressive number of musical gems like the Requiem by Bouteiller, which Brossard counted among the best Mass settings in his possession. Focusing on the work of these French masters, Paul Agnew has fashioned a program exploring the role of cathedral and chapel choirs during the reign of Louis XIV.